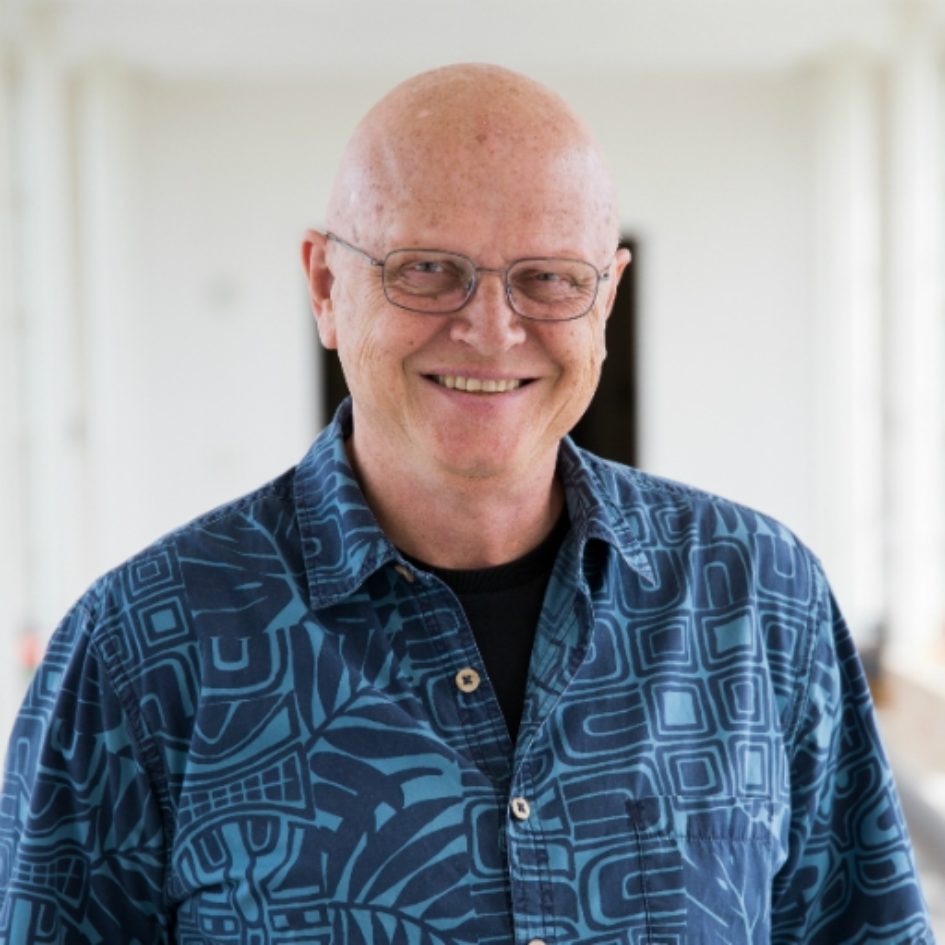 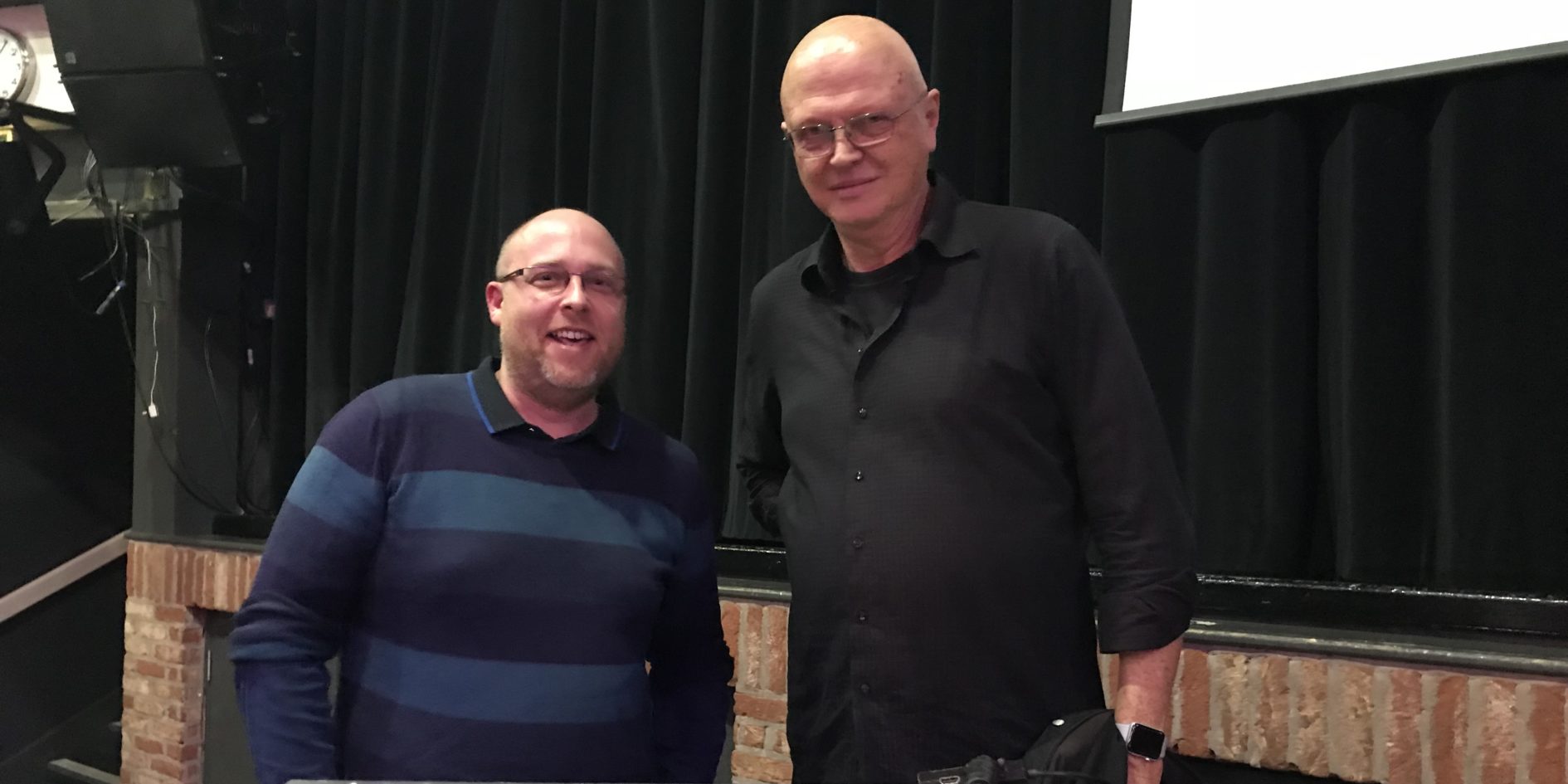 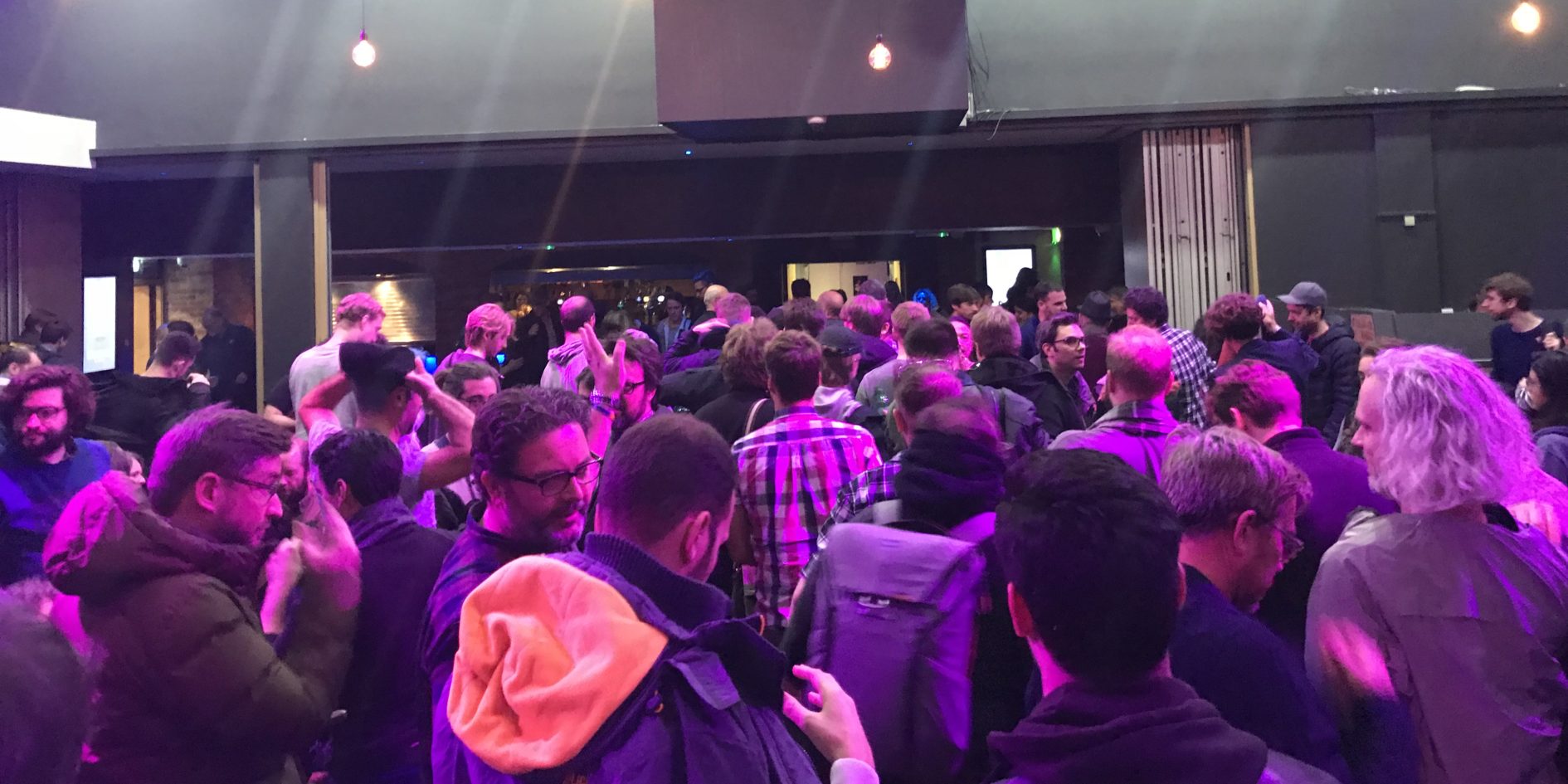 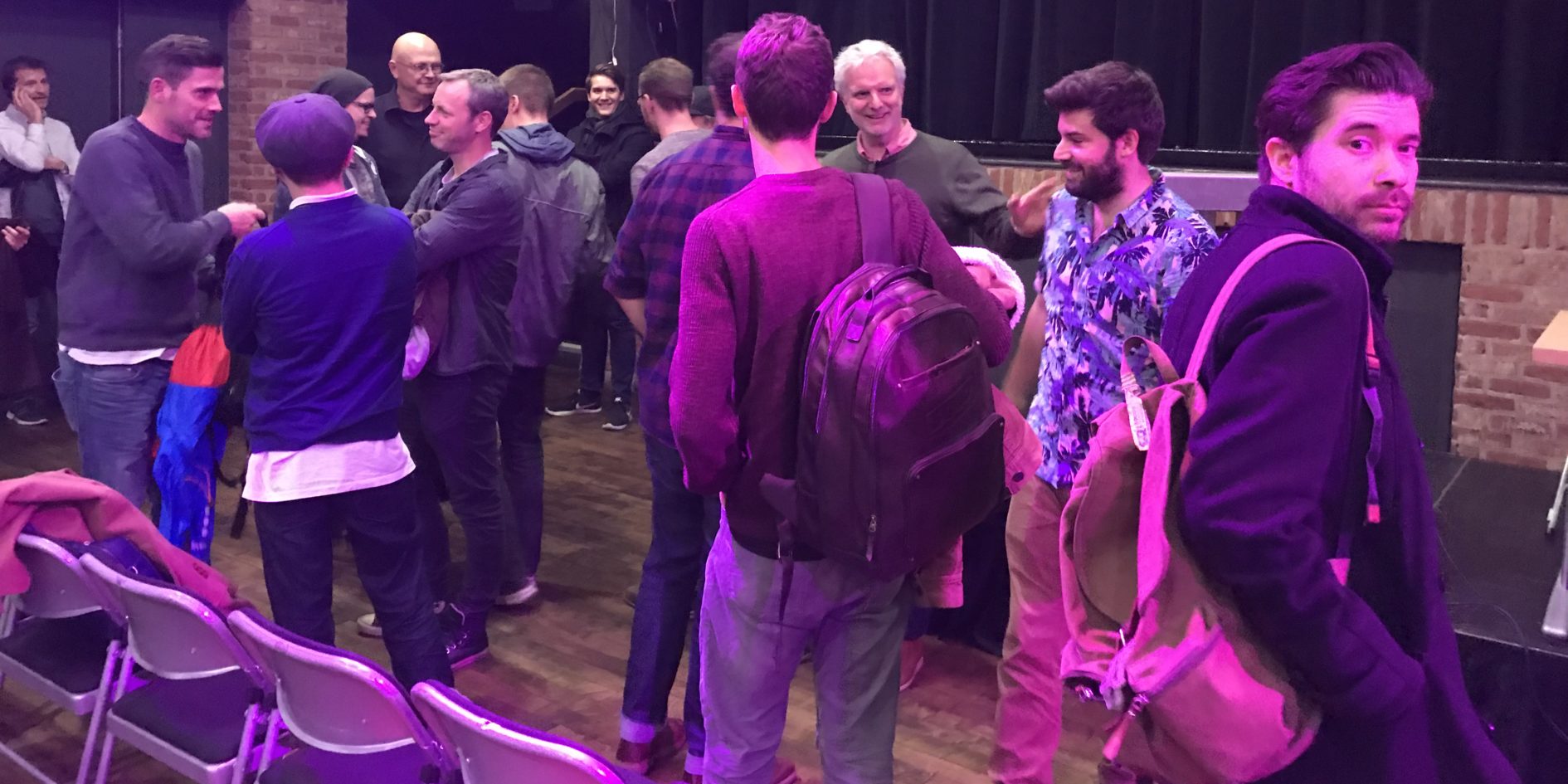 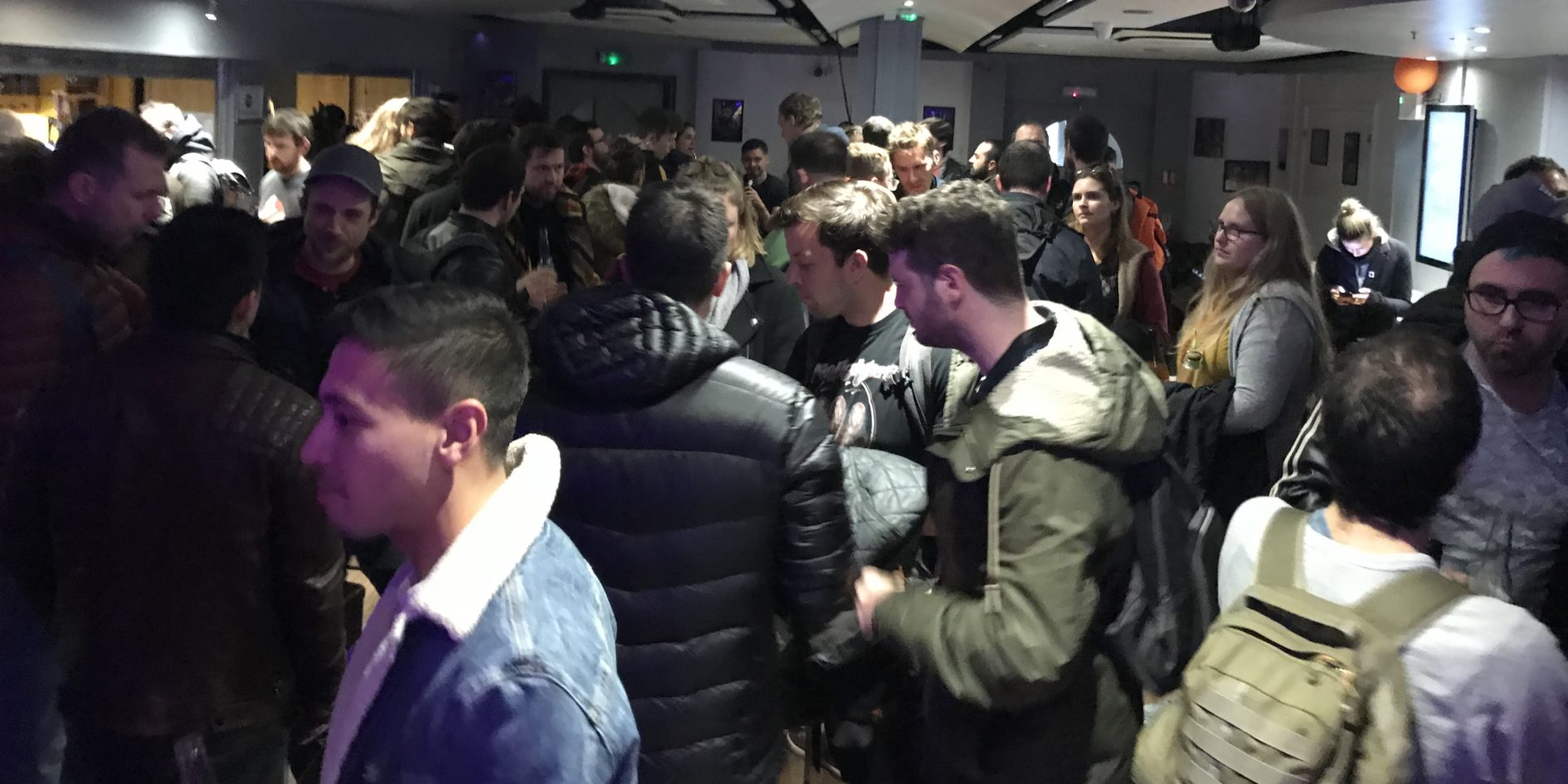 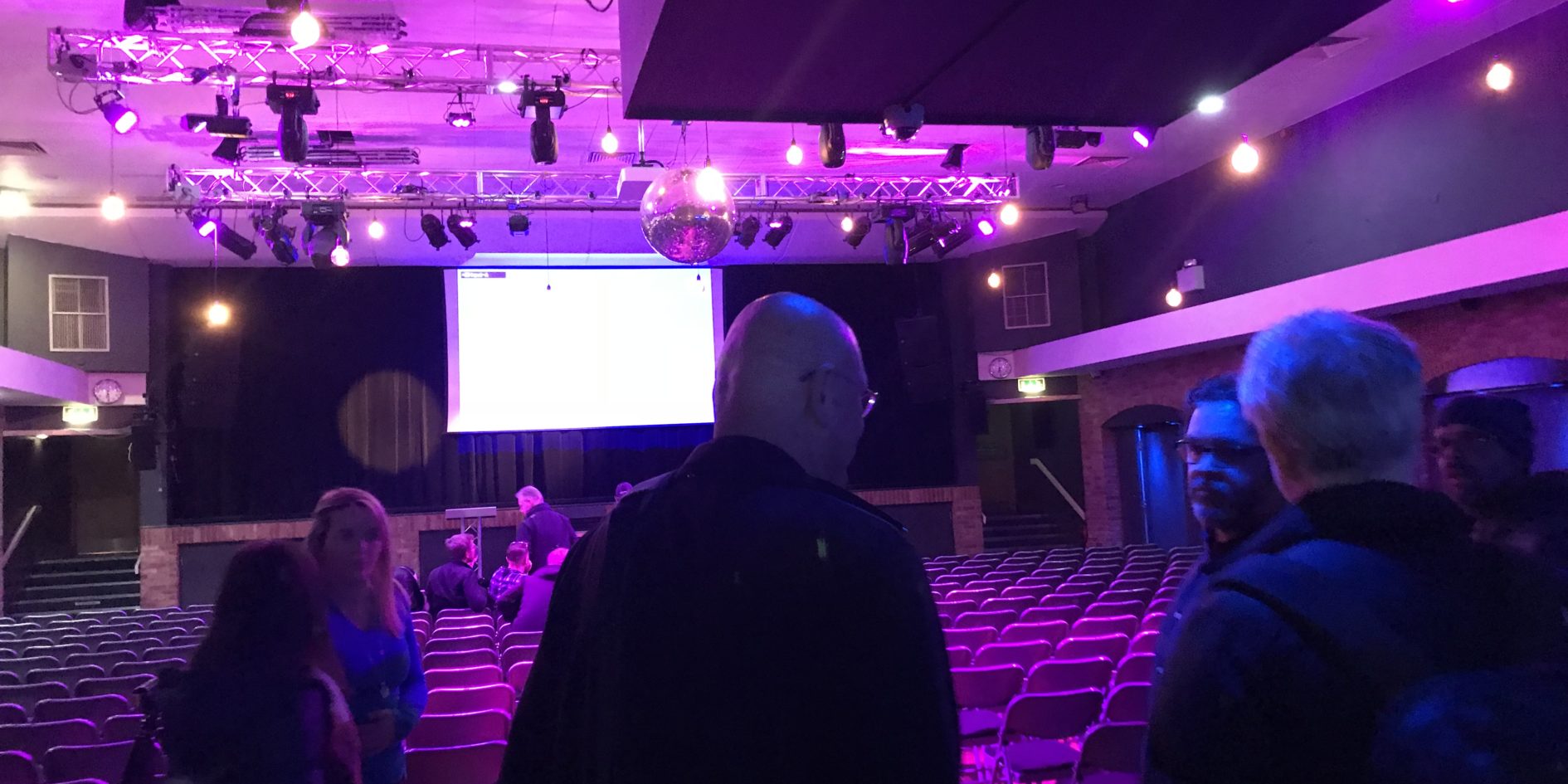 Thomas renault tells the story of the conference

Dennis Muren first released the old “making of” videos of the Galactica series (1978).

Thomas Renault also claims that “at the conference, the keynote was well honed. Dennis Muren was not there to put his eyes on it. The images and videos broadcast helped to enhance his speech. We had the right to a lot of shooting anecdotes especially on: the first Star Wars, Jurassic Park, Pearl Harbor, Jurassic World. I really felt like a privilege! ”

This evening ended with an aperitif / cocktail with all the spectators composed almost exclusively of employees and trainees ILM.

After the evening, Thomas Renault met a former student of the ESMA class of 2017. It was Julien Baëza, who was in Cycle Pro Cinema 3D Animation & Special Effects. He had worked on the short film Charmeur de Verre. He has been working since February 2018 at MPC as a Crowd TD. He visited me in the neighborhood where he works.

Summary of the conference

Before and at the beginning of digital, the last 5% qualitative to reach were in post-production, now these 5% are at the beginning of production, in preparation, direction and filming. Dennis Muren also said that it is necessary to pay attention to the green background abuse that is detrimental to the situation of actors but also directors and supervisors VFX. He ended by giving a lot of advice to VFX supervisors.

Thomas Renault came back delighted with this experience, full of stars! He also met many trades professionals with whom he could exchange!