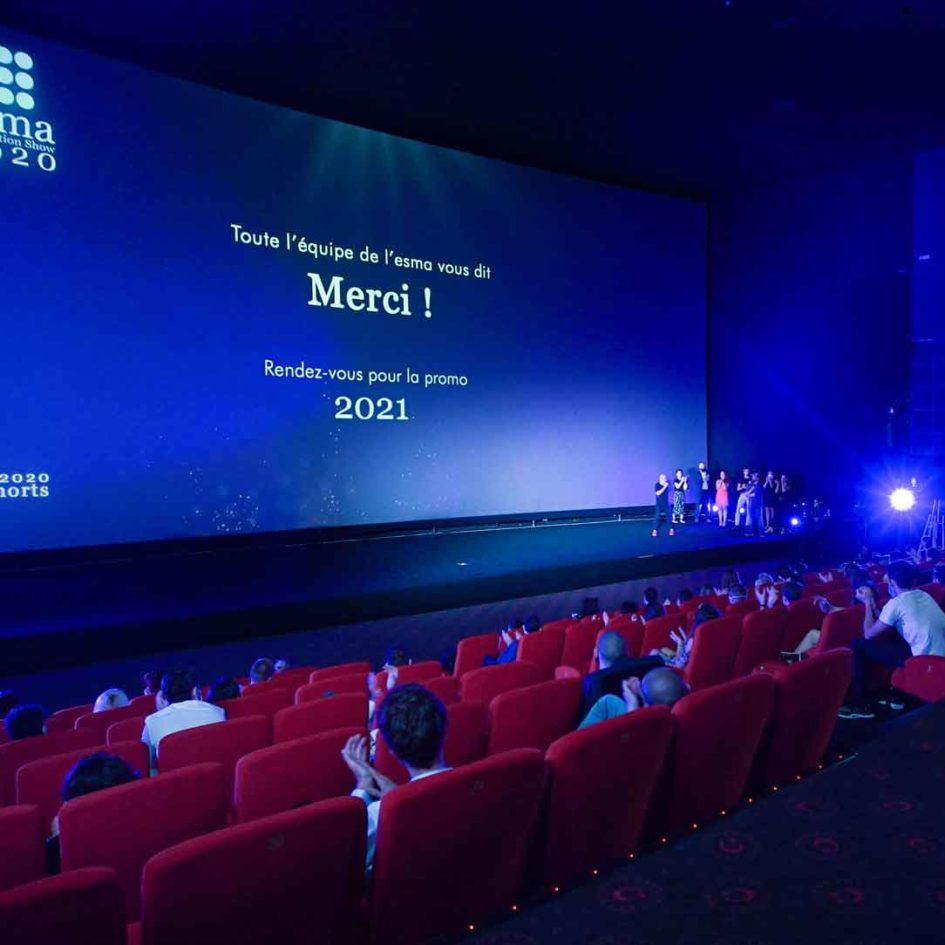 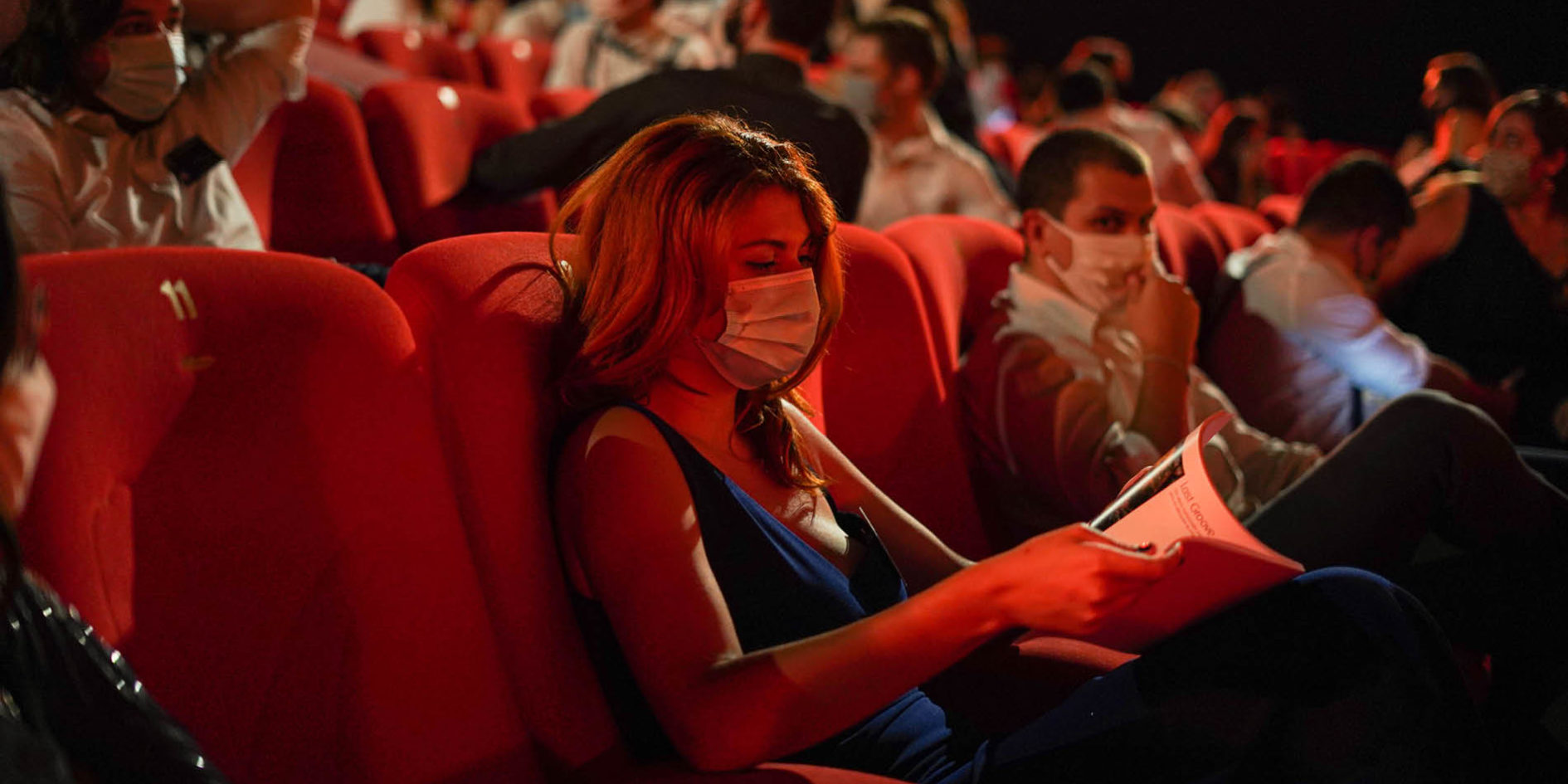 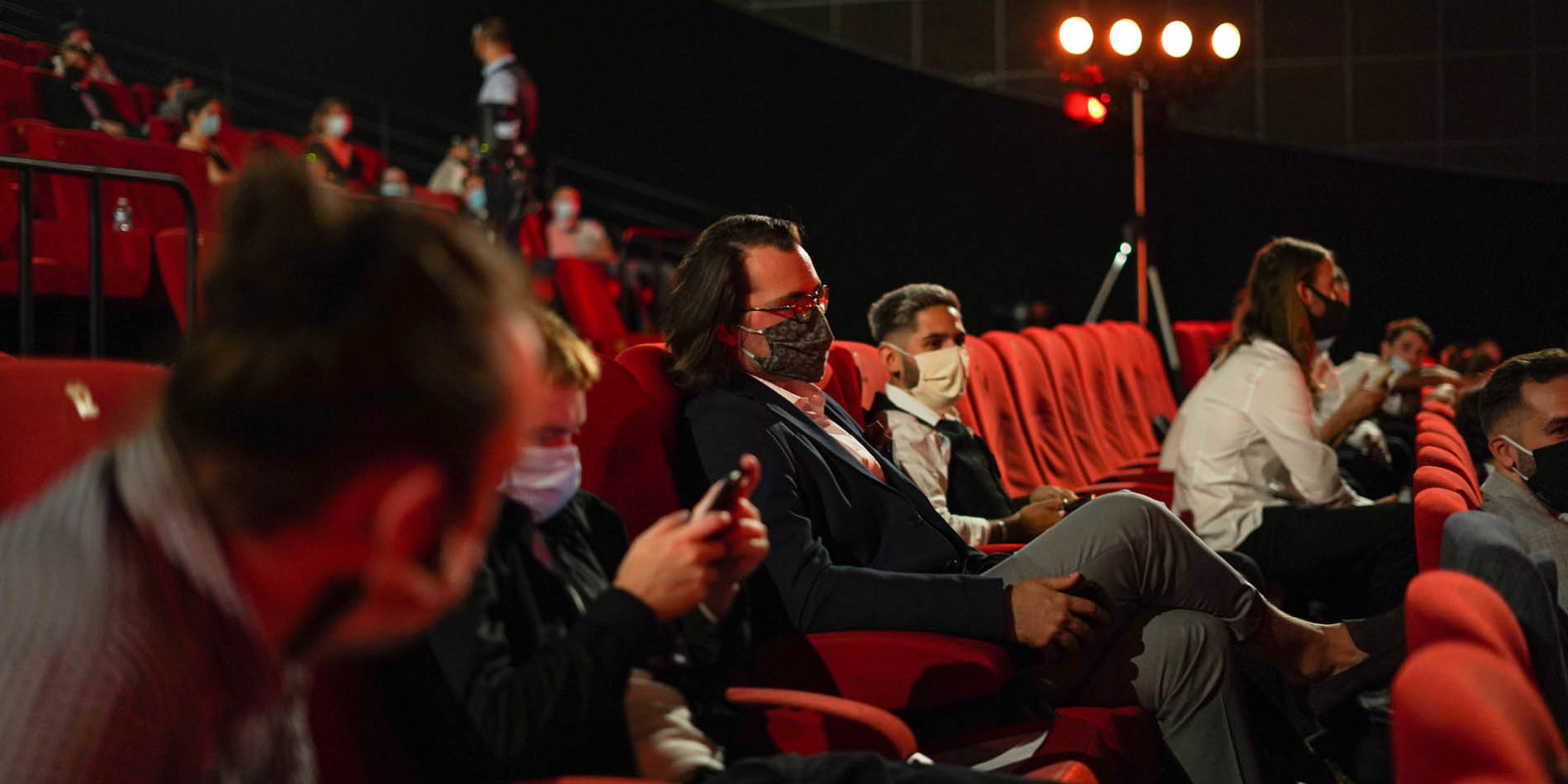 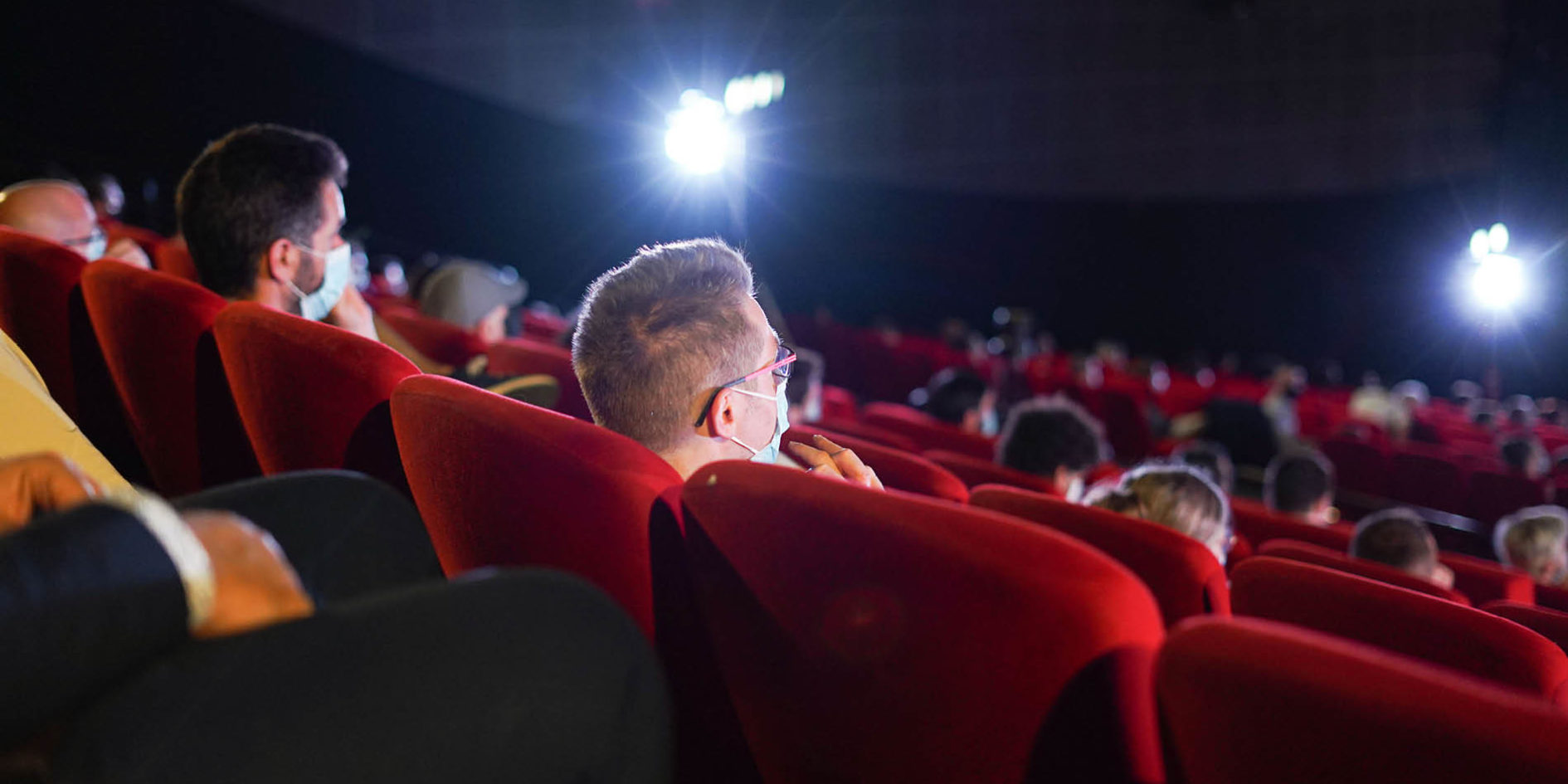 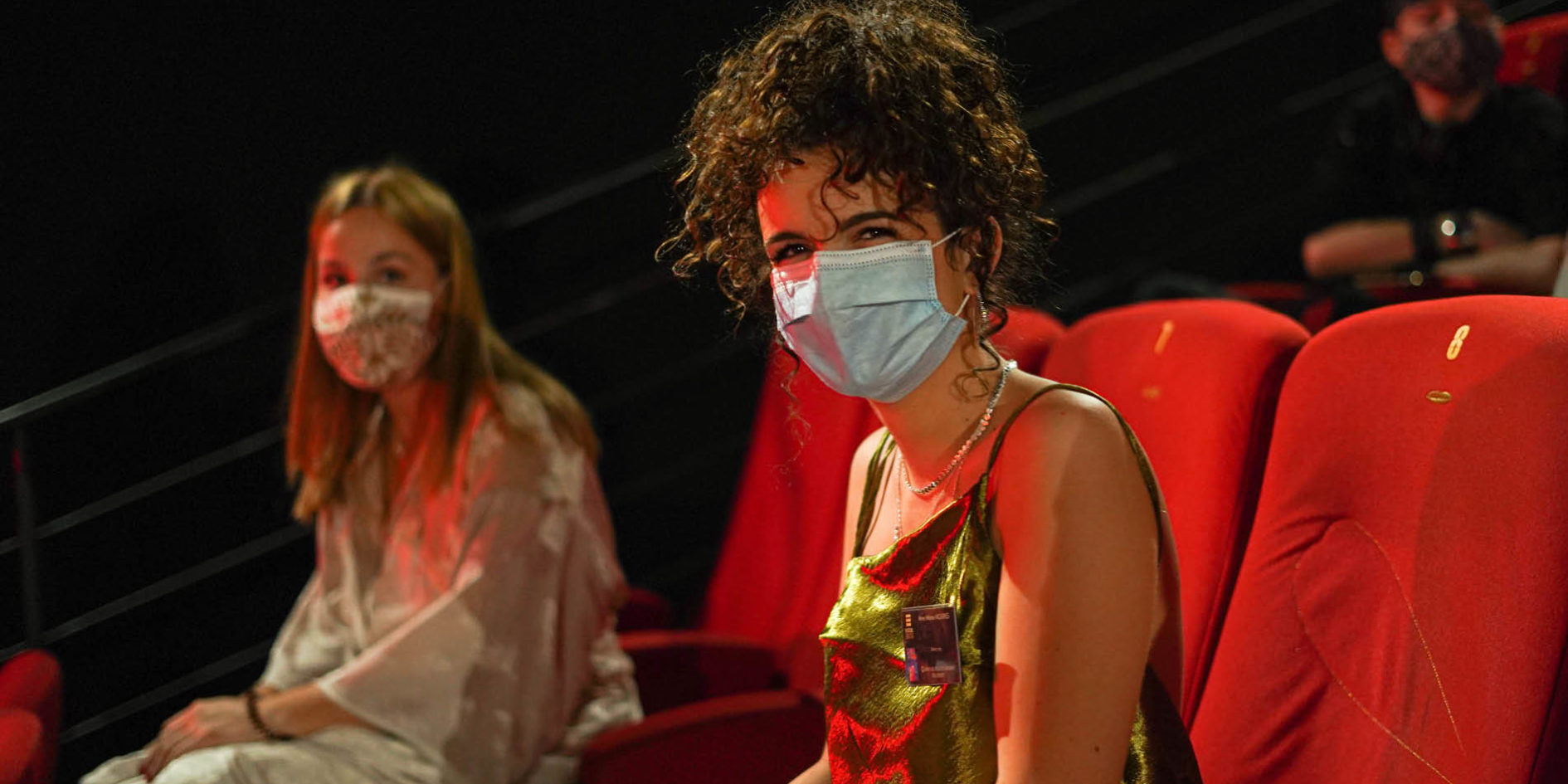 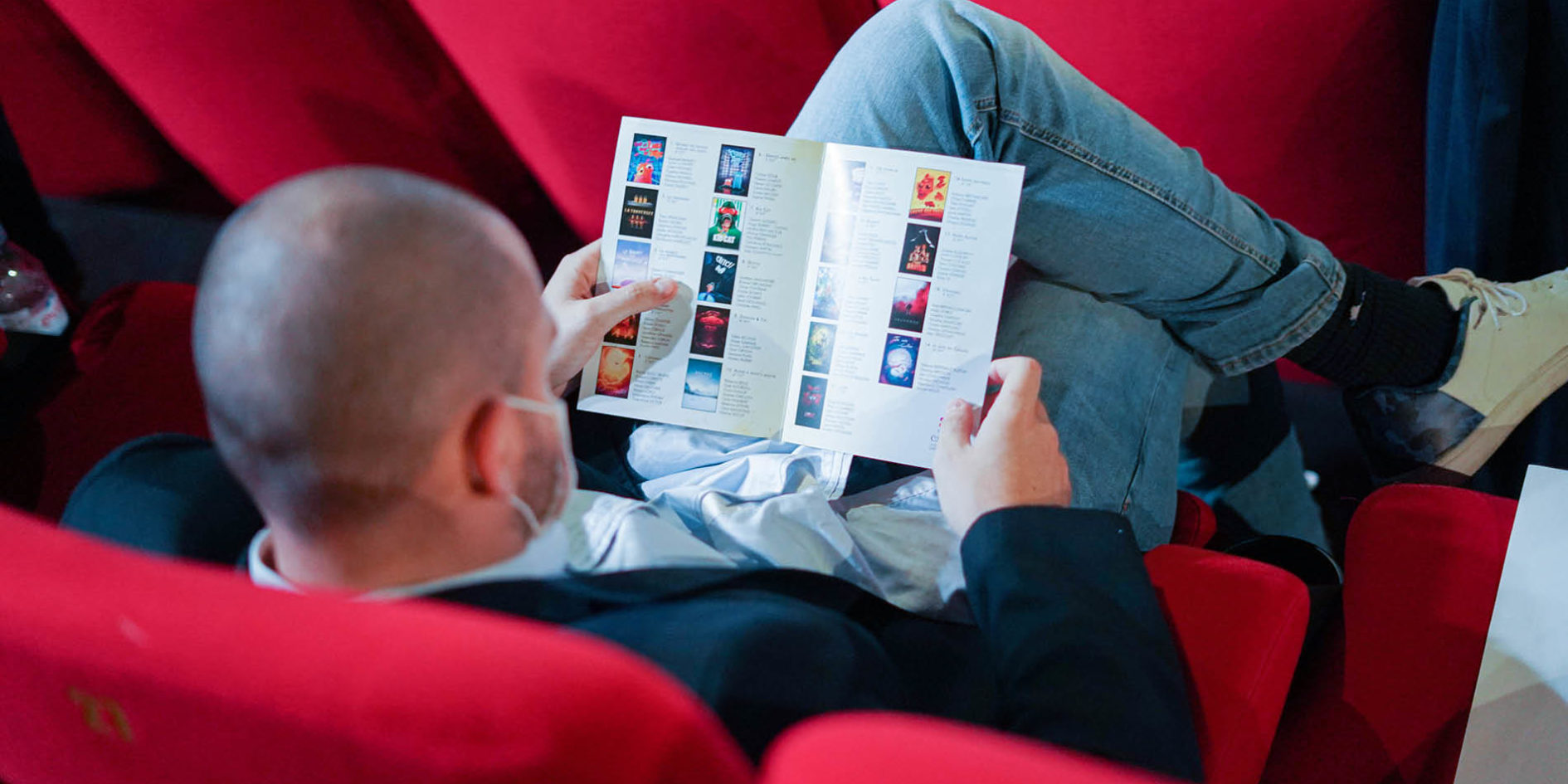 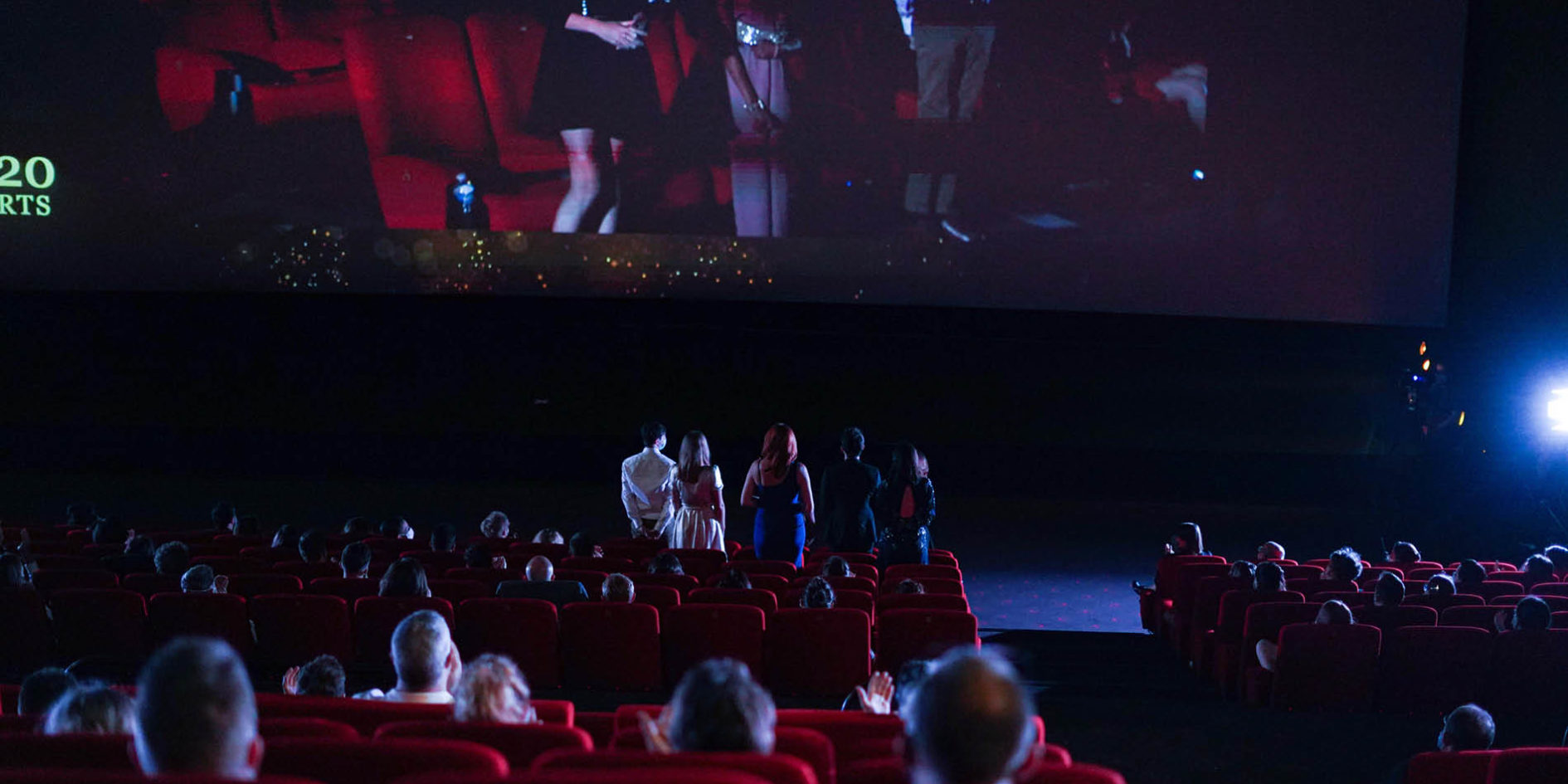 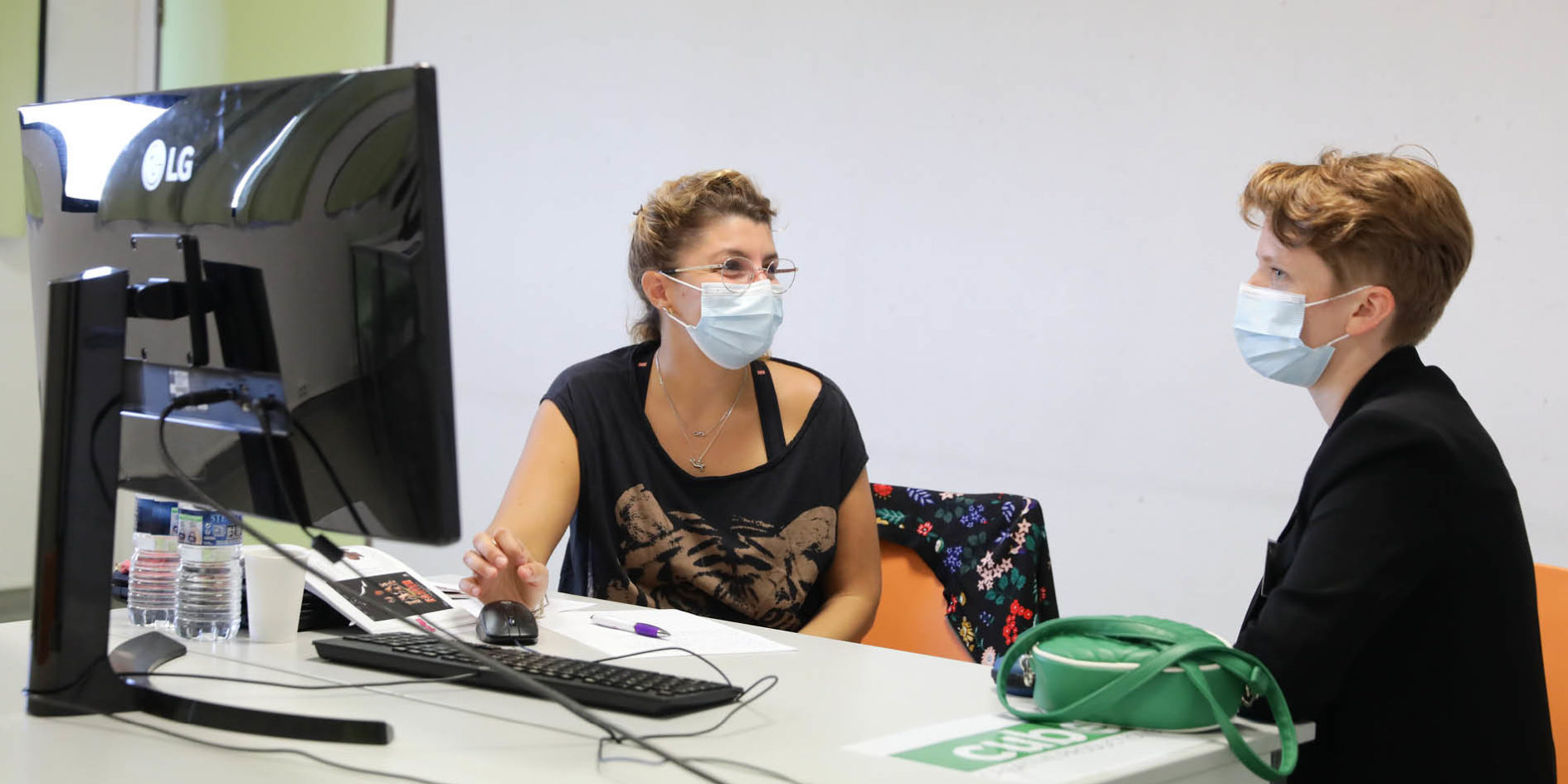 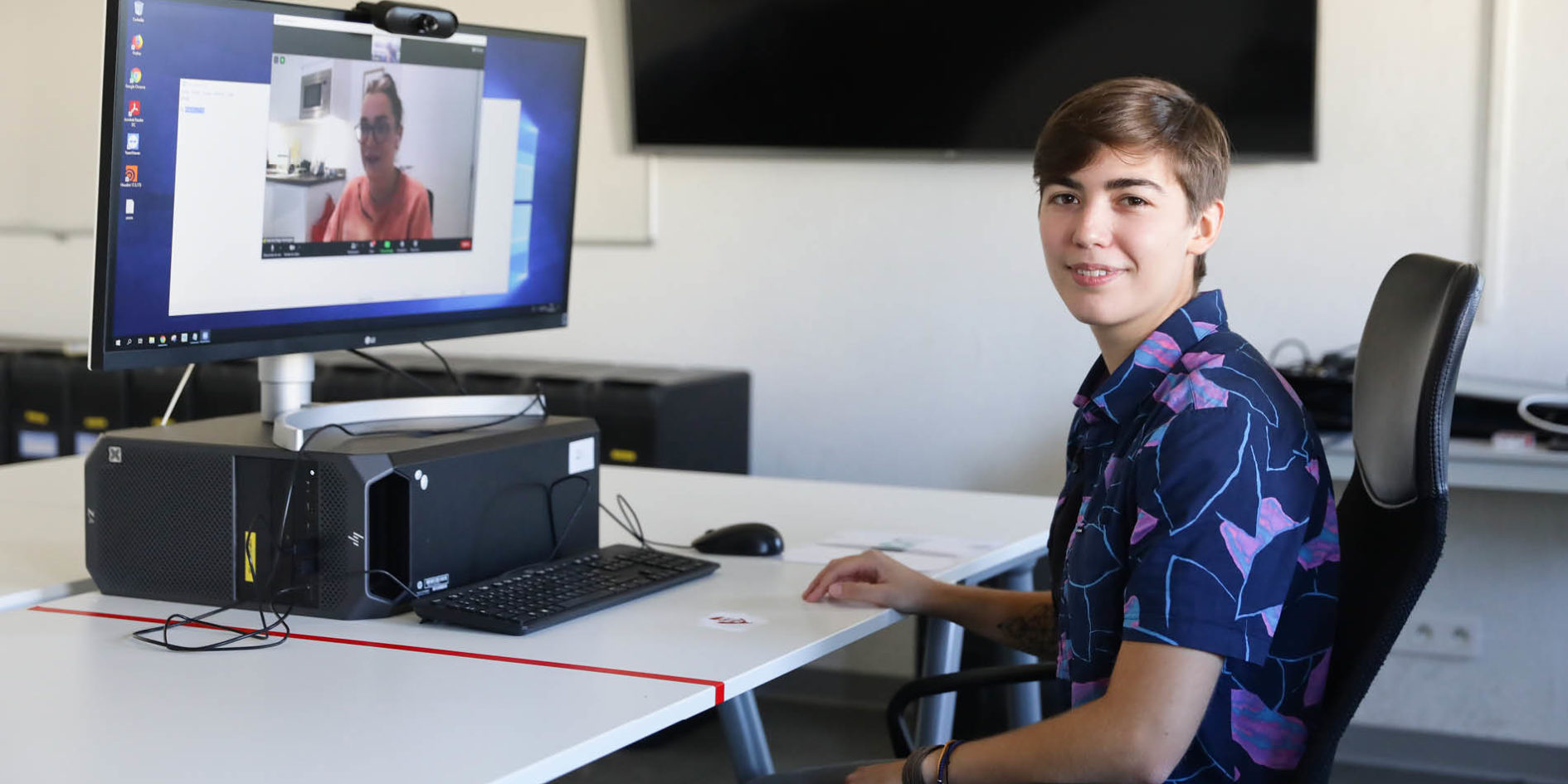 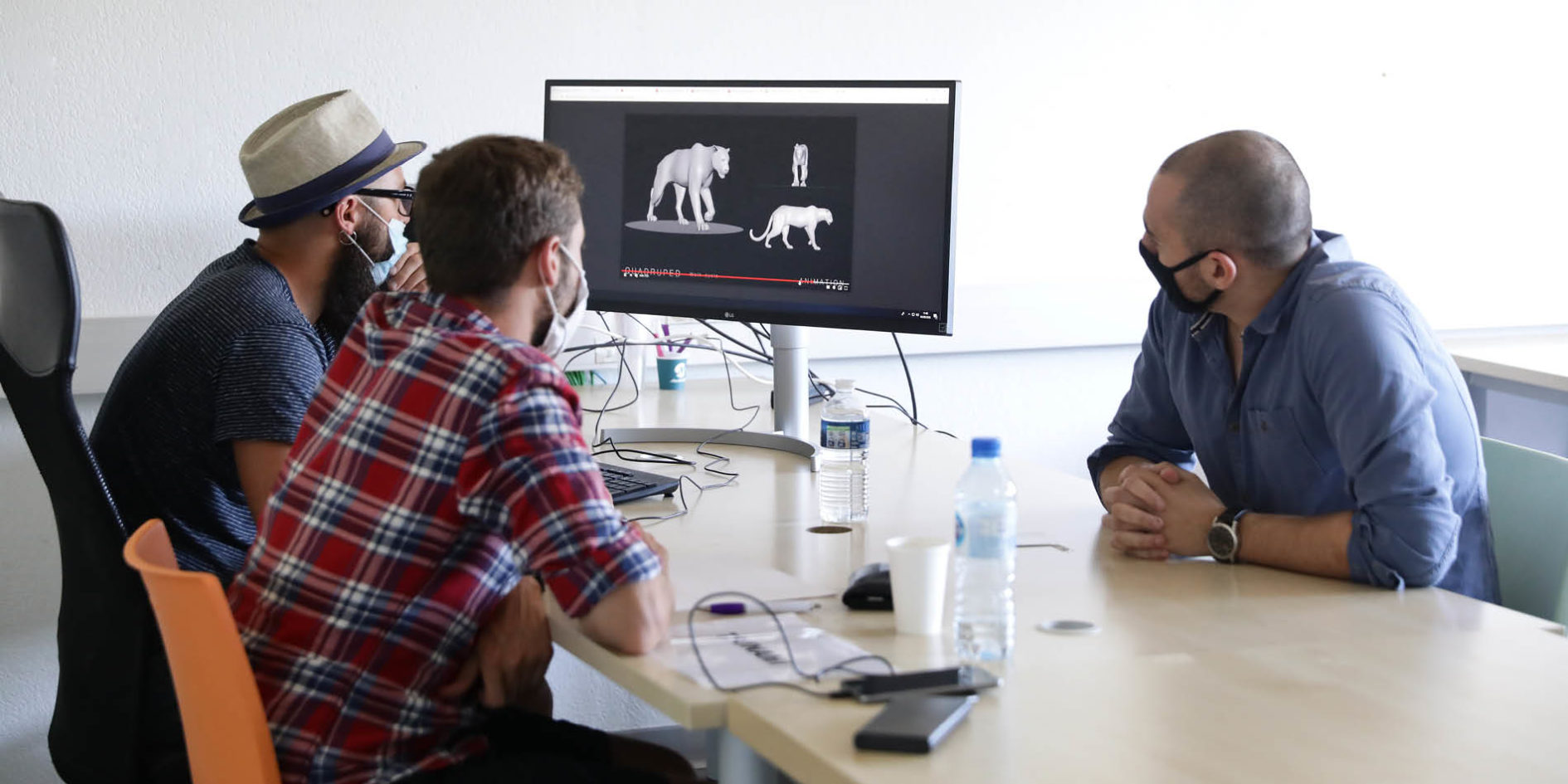 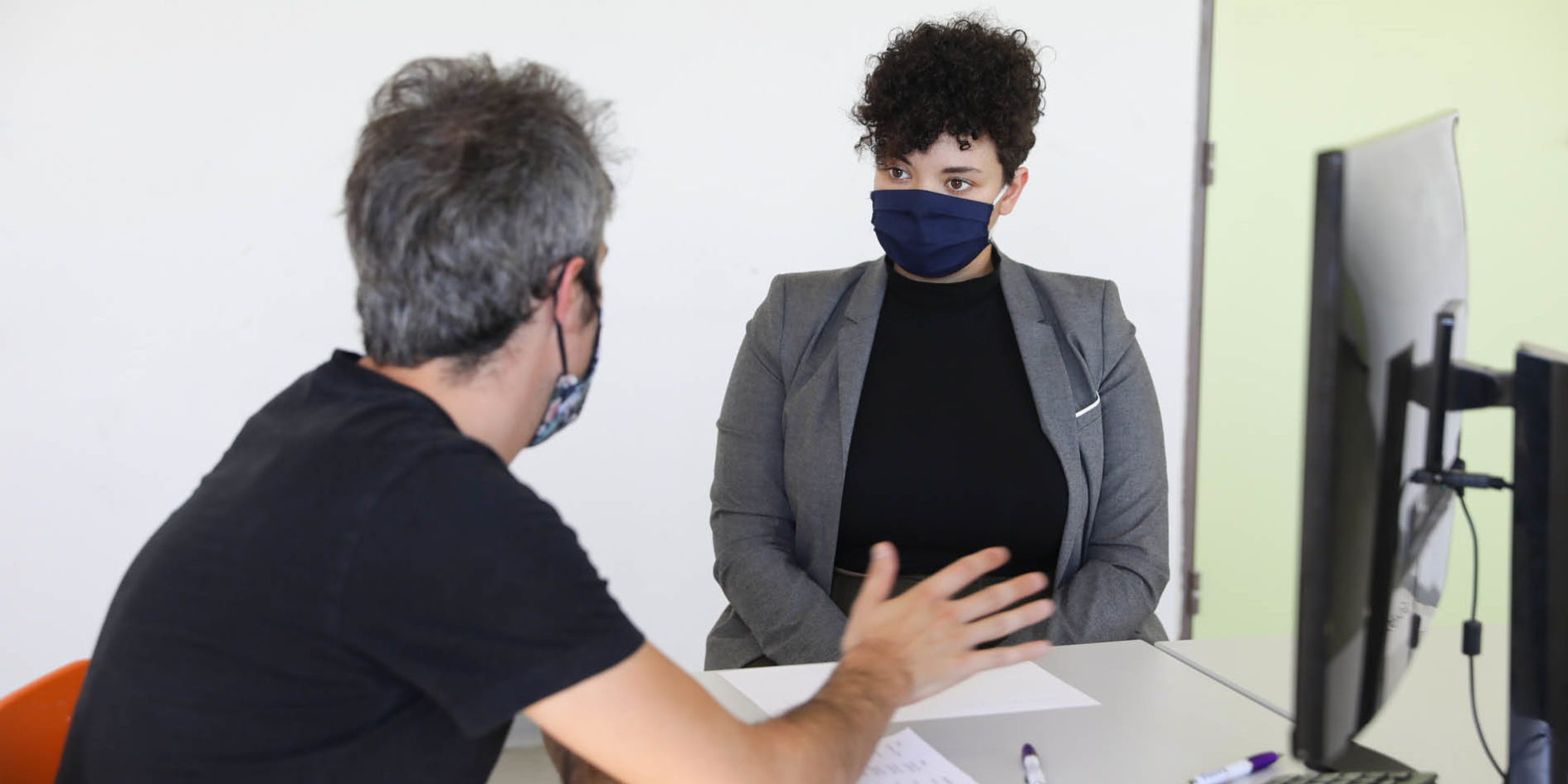 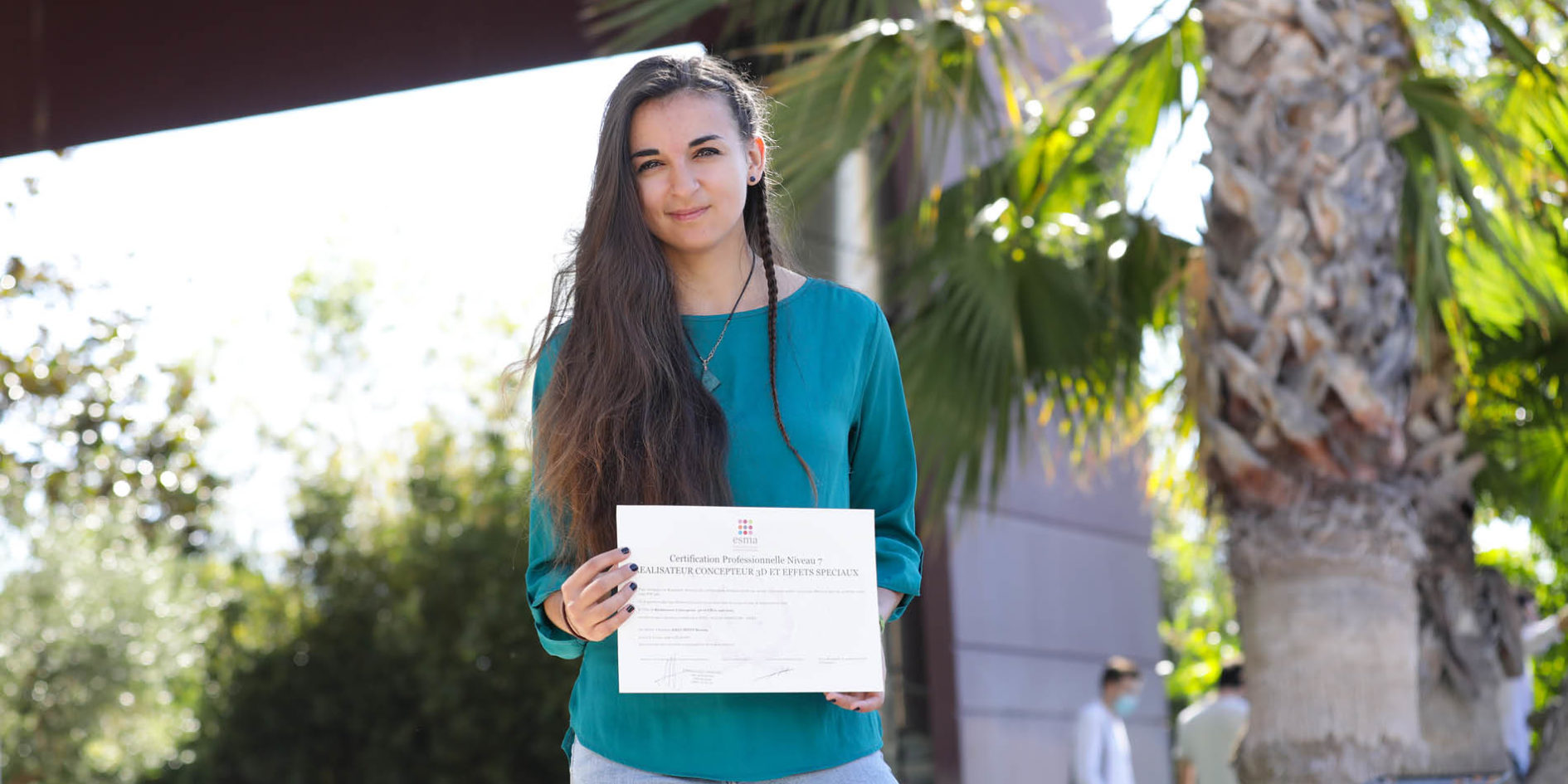 The first days of September are marked by the Graduation Show, the apotheosis of four years of intense study for our students in CG Animation & FX Master Degree. This year again, the jury took place but, due to the crisis, its formula had to be readapted.

Throughout their studies in CG Animation & FX Master Degree, sometimes even a little earlier with the Preparatory Class, our young students have the dream of learning digital image techniques but above all to be able to make their own film and present it to a whole panel of professionals in the sector.

The year 2020 has been profoundly turned upside down because of the appearance of Covid-19, forcing the whole society to take the measures we all know. Long pending, it was decided to maintain the organization of the 3D jury this Thursday, September 3rd. However, its form has been reviewed in order to answer perfectly to the safety rules. As a result, the number of guests has been drastically reduced, the number of theaters at the Gaumont Multiplex cinema in Montpellier has been increased and all participants had to respect the requested rules (wearing of a mask is mandatory during the whole event, hydroalcoholic gel has been made available, distance of one seat out of two in the theaters, respect of distances outside and in the hall of the cinema, direction of traffic…).

At the same time, a digital platform was developed to allow the students’ relatives and members of the jury to follow live the screening of the films as well as the prize-giving ceremony (which took place exceptionally at the cinema and no longer during the closing night, which was cancelled). This was a first that was a great success, since the platform reached a maximum of more than 450 unique visitors simultaneously.

A PLETHORA OF QUALITY FILMS

This year again, 19 films were presented to the jury members and participants from the Montpellier, Nantes and Toulouse campuses. No less than 130 students, divided into groups of 6 to 8 people, gave themselves body and soul to finish their films, and the health crisis we have suffered has not made things any easier… But none of them let themselves be discouraged and they presented their films with ease, at an almost professional level.

The films screened each have their own identity with their own style and visual identity. The themes addressed were also very rich: comedy, drama, realism? And with this year a detail to raise: the first collaboration with the CinéCréatis school for the Nantes film Happy Easter which mixes 3D animation and real-life shooting.

This projection on a big screen was an opportunity for them to see the outcome of all their efforts and to share them with their loved ones. For one afternoon they were the stars, before they are now in the big league.

While waiting to discover these films in their entirety on our Youtube channel, you can watch the teasers HERE.

THE JURY, THE FIRST STEP TOWARDS HIRING

The jury traditionally concludes with the Friday day dedicated to the jobfair or job forum, allowing the studios to meet the students individually. During this time, the students can present their demoreel (a video that serves as a resume) and try to land their first job.

This year no less than 900 interviews have been scheduled, both face-to-face and digital. The juries who did not come to the site also wanted to take part in this event. Many of them need to recruit future employees for future projects.

As the jobfair took place at ESMA in Montpellier, measures were also put in place there (appointments at precise times, compulsory masks, direction of traffic, distancing, not to gather together, limited number of people per room…).

As mentioned above, this year was very special as not all members of the jury were able to participate in person. However, it was not a question of leaving them aside and thus depriving the jury of the studios that could not travel. They were still able to follow the screening and the ceremony from a dedicated digital platform, deployed especially for the occasion!

This year the president of the jury was Sébastien Chort, CG Supervisor at Blur Studio.

He was surrounded by many studios, here is the list :

In all, no less than 38 studios responded to the call to participate in both the screening and the jobfair that took place the next day. And once again, we would like to thank them all for their contribution, the students were greatly touched by their commitment, as was ESMA. This is the guarantee of a solid relationship, so thank you again!

Bulle, an orphaned otter, falls in love with pebbles that she considers to be her family.

In a faraway country, friendly little creatures are waiting for the return from the mountains…

In Alaska, the route of a trapper crosses that of a mystical moose, the harbinger of the apocalypse.

When a king gets lost in the contemplation of a tulip…

When a king gets lost in the contemplation of a tulip…

You can see – or review – the teasers of these award-winning films by clicking here.