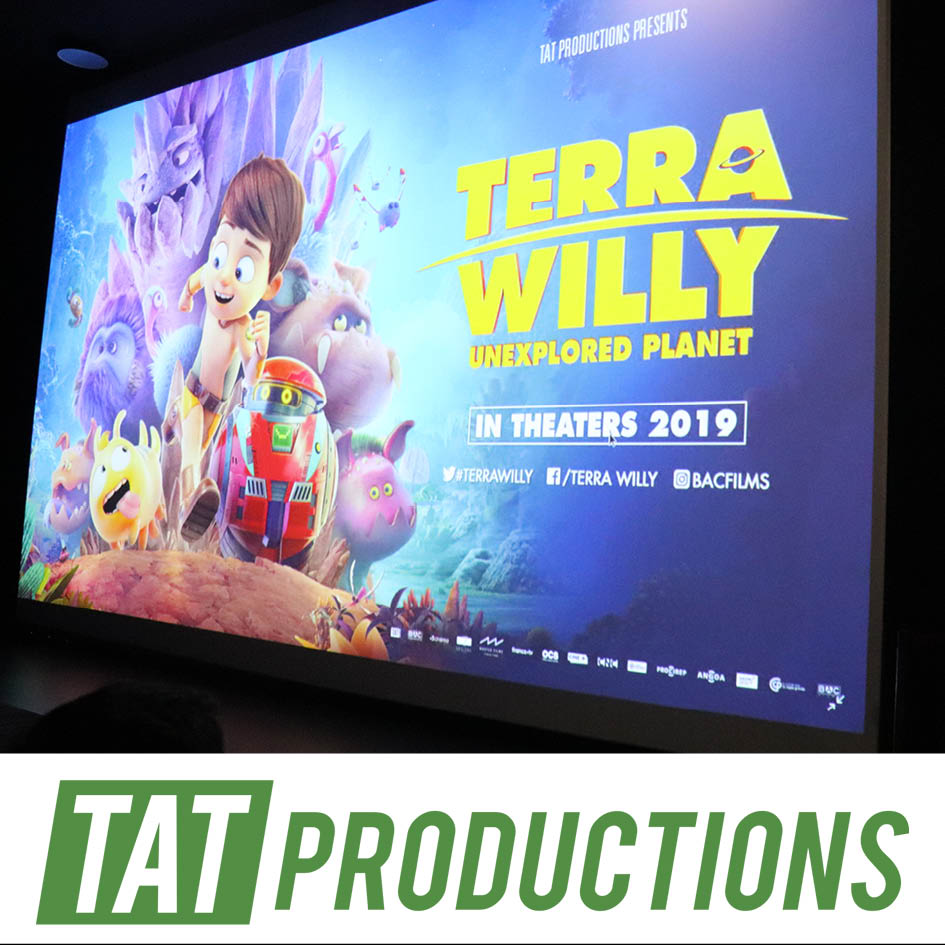 For those who do not know, TAT Prod is a French studio located in Toulouse. Created in the 2000s, the studio quickly specialized in animation for television and cinema. Many of their productions are known to the general public, such as the family series The Jungle Ace, or more recently, the animated feature film Terra Willy (released early April 2019).

ESMA received Stéphane Margail, studio director at TAT prod, at its Montpellier, Nantes and Toulouse campuses. Stéphane Margail, and the studio TAT Prod as a whole, is a long-time partner of ESMA. Regularly he is invited to the school and he also participates in the jury of end of projects. This time, he came to meet the students of the 3rd & 4th year of the Cinema cycle of CG Animation & Special Effects to present the studio TAT Prod and discuss about their graduation projects.

The intervention of professionals is always beneficial for the students. As Nantes professor Anthony Voisin said, they have a fresh look at their productions. Using his new point of view, Stéphane Margail, reminded them that if they – the students – live their story, know the motivations of the characters, dialogues etc., the viewer is not aware of the entire process of writing . It must be able to understand everything from the first seconds of viewing and without ambiguity, especially on productions as short as a handful of minutes.

And as one student said:

“It is not necessarily easy at first to hear that everything is not clear in our film, but it feels good to have to explain our choices again. In fact it makes us grow and we will probably rework our dialogues to better understand! “

CAN YOU INTRODUCE YOURSELF ?

Stéphane Margail: I’m the director of the studio TAT, studio that has two companies: TAT production which develops the projects and TAT studio which manufactures the films and the series. I joined TAT in 2013, at the launch of season 1 Ace of the jungle to the rescue. Before I was not in the animation business, I was doing project management in other industries. The animation, with the stop motion was more of a hobby.

CAN YOU PRESENT THE STUDIO TAT PROD?

S.M. : The studio was founded in 2000 by the brothers Jean-François & Eric Tosti and David Alaux. Basically no one comes from the middle of the animation but they had this desire to work in this sector. All three are self-taught and have developed their own structure in Toulouse. They started with stop-motion shorts. One of their short films, Le Voeux, was selected by Alain Chabat to preview the film Asterix and Obelix: Mission Cleopatra. This gave some recognition to the studio and their work all allowing them to grow. As a result, they went to the television, to propose adapted programs. this is how the 3D animation studio was set up and they came to create the Ace of the Jungle for the rescue. No less than 104 episodes and a broadcast on 200 territories for this series, and even a cinema release! Today the studio’s desire is to focus on original feature films produced independently.

WHAT ARE THE PROSPECTS OF TAT PROD?

S.M. : We want to continue our momentum of family entertainment programs and get to the movies 1 film a year. The goal is to sustain this branch of activity. Faced with major studios worldwide it is difficult to make a place, the market is hard for small productions but we have the will to achieve!

S.M. : Oh yes, a lot of alumni work at home! They occupy different positions in the production chain: animation, texture, lighting rendering, composition … Some have even become assistant directors.

WHAT ARE YOUR MOTIVATIONS TO COME TO MEET ESMA STUDENTS?

S.M. : The talent ! There is an undeniable quality of training. During studies there is a good dynamic that develops. Students who want to invest have the means here to flourish and train. ESMA creates the right environment for that and puts in place the means to make that happen.

S.M. : Overall, I found the 4th year projects very varied and original. In terms of the scenarios, I noticed a lot of attention to the story and the students were very attentive to the remarks related to the understanding of their film. Visually, they have all gone on a very high level of artistic requirement and I have no doubt that, as for previous promos, the image of all the films will be of excellent quality. Each team has been able to develop their own visual style with some fairly important technical challenges. I found some quite ambitious projects in the interaction between image and sound, others more classic with a good control of the narration. I hope that he will be able to meet all the challenges that are ahead of him in the time allotted! It was very nice to interact with the students and I can not wait to see the finished movies in September.