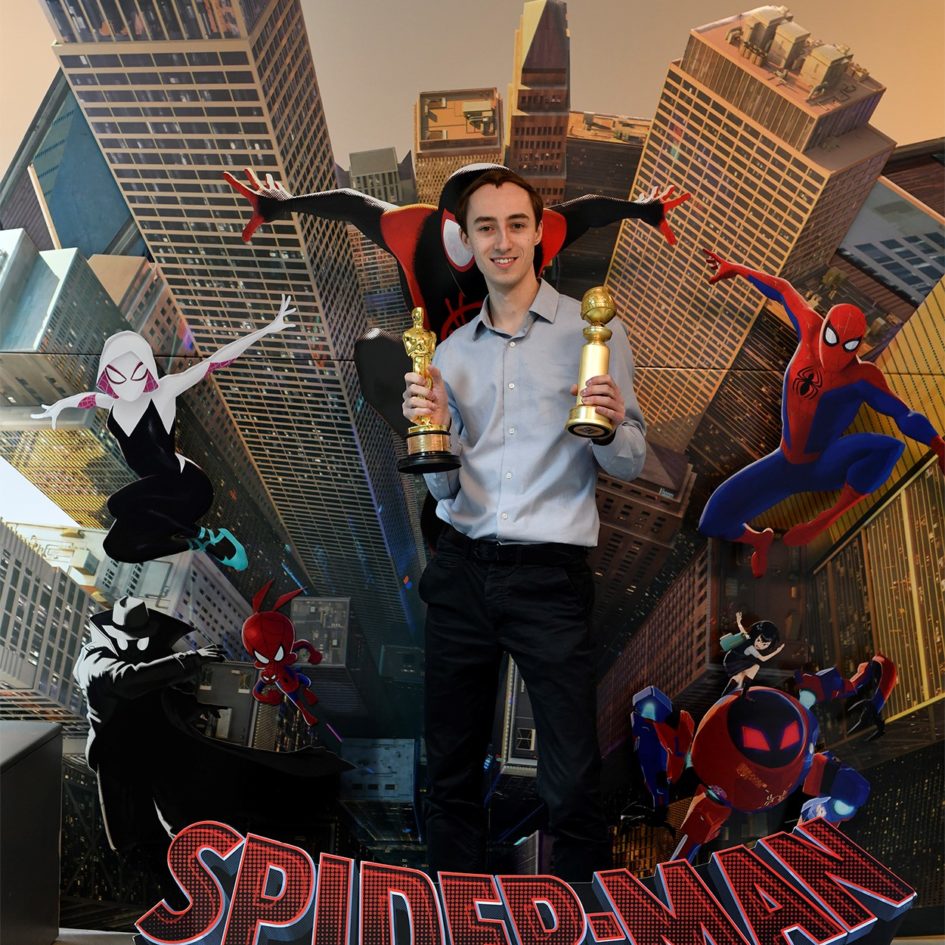 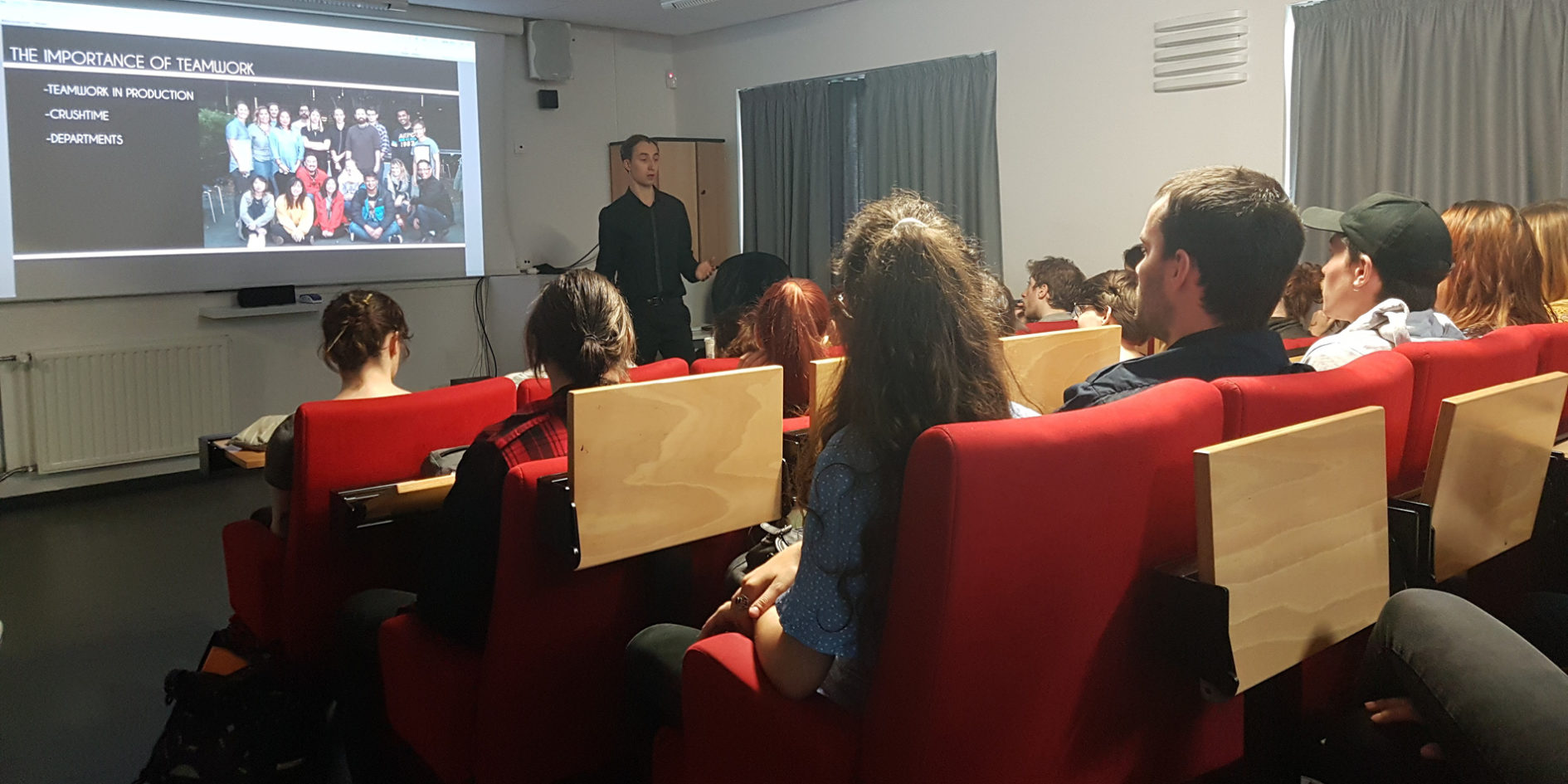 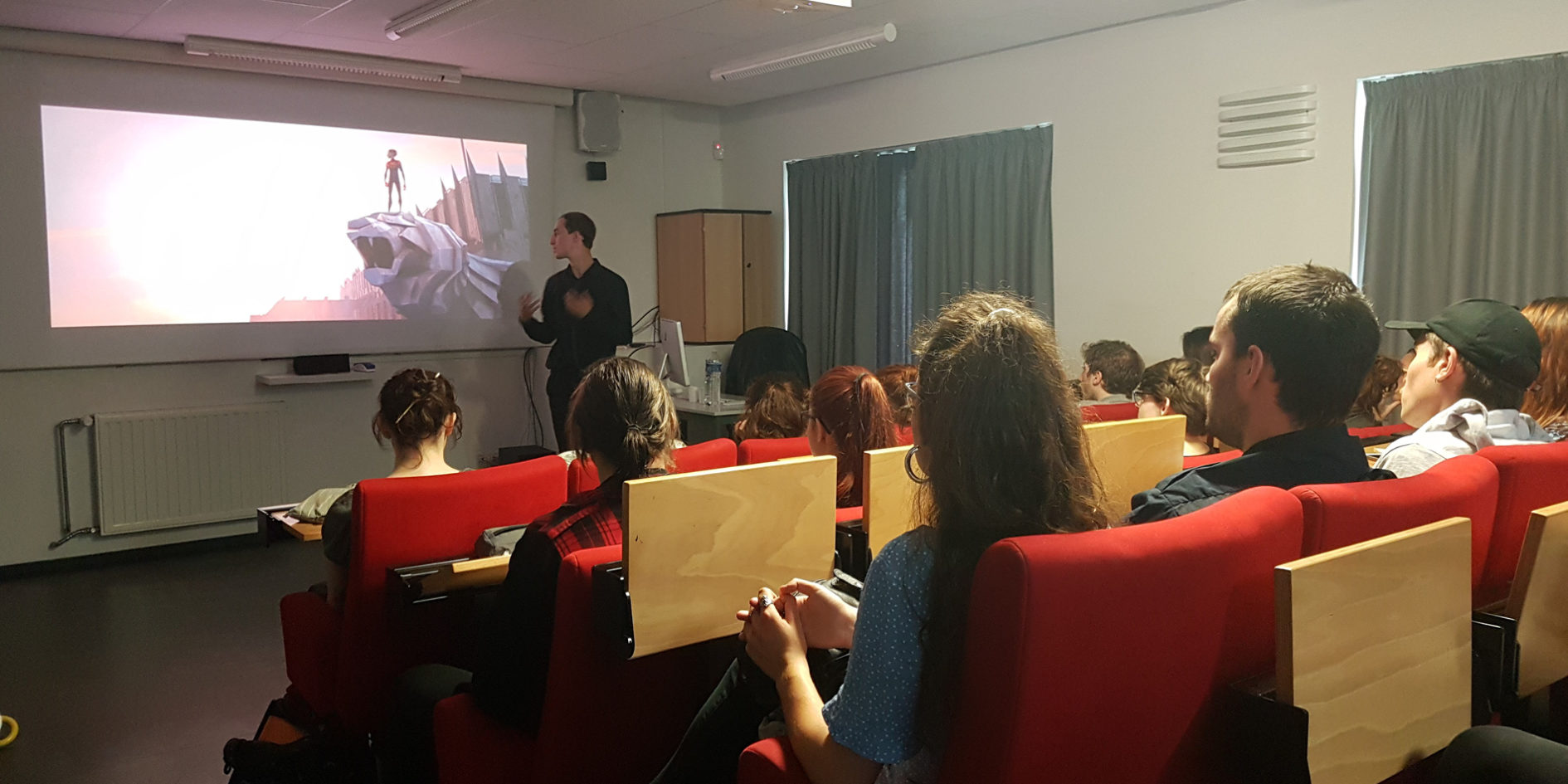 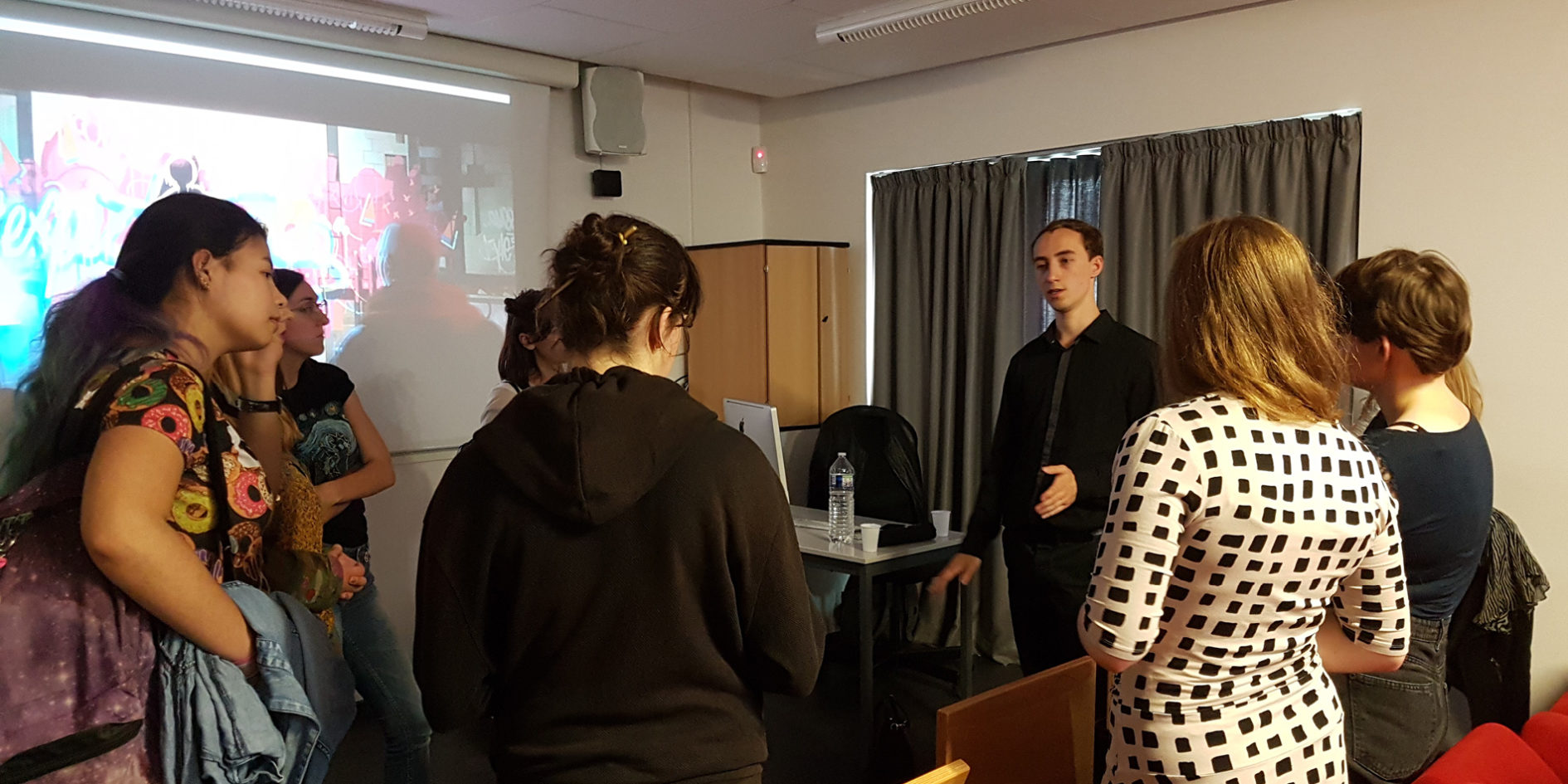 Romain Lavoine, alumni, took the opportunity of a stay in Nantes to meet the students and share with them his experience as a young professional expatriate in Canada.

A RETURN TO THE ROOTS

Not long ago, at the end of July, we offered you the opportunity to discover the portrait of Romain Lavoine, a former ESMA student in the 2016 class. His brilliant career and the quality of his work quickly allowed him to be spotted by major CG animation studios from the very first years of his studies.

As a result, he was able to join the Sony Pictures Imagesworks studio in Vancouver, Canada, where he has been working for almost three years now. His professional career has led him to work on major projects such as Hotel Transylvania 3, Angry Bird 2 or SpiderMan Into the Verse, which won awards at the Oscars and Golden Globe!

During his holidays in the Nantes region, he took the opportunity to give a lecture to second-year students of the CG Animation Film and VFX cycle. It is always interesting and beneficial for them to hear feedback from former students, especially, as in this case, the transition from work to school is not that far away.

During the conference, Romain Lavoine addressed several points covering both personal work and studio life or expatriation in Canada.

FEEDBACK ON THE CONFERENCES AND ADVICE GIVEN BY ROMAIN LAVOINE

KNOW HOW TO PREPARE AHEAD OF TIME

Romain did not hesitate to insist on the importance of working on his demoreel (the equivalent of a portfolio for CG artists). This is the artist’s business card that will help him to canvass the studios and find his future job. It is essential for outgoing students to present a unique demoreel that will differentiate them from those presented by their classmates (since they follow the same courses and have the same exercises). And for that, even if it is so difficult, in parallel with the courses and the work required, you have to know how to free yourself from the time to carry out personal projects.

This is the approach he himself followed and in 2016 he was elected “Artist of the Month” by Autodesk Area. A first step towards the recognition of his peers and the world of work, which also gave him this visibility among the studios. It is this same recognition that made it easier for him to obtain a visa because, as he himself said:

“it’s easier to sell yourself when press articles talk about you. It also helped me to build a good application for my visa to Canada.”

Romain wanted to focus on studio life. According to him, the most important value to possess is team spirit. The studio world should not be seen as an arena full of competitors. All the people present participate, together, in the realization and the success of the project, it is therefore necessary to know how to work and to know how to exchange since the days are made up of many working meetings.

Entering the world of work also means accepting certain constraints such as sometimes overtime. This is something that can happen, especially in times of “rushs”. Projects can require a lot of work and especially fast. It is necessary to be able to follow the imposed work rhythm. This is also where the importance of being able to work in a team and be able to rely on colleagues takes on its full importance.

But Romain also wanted to reassure the students:

“When I joined Sony, I had two weeks of training to learn how to use the software used internally. The students at our school don’t have to worry, the training we received has given us a good level that allows us to easily integrate into a studio.”

In a second step, Romain focused on the Spider-Man New Generation project on which he participated. He explained to them his work of lighting / compositing that he led. The key word is: patience!

He mentioned some plans on which he had to propose dozens of versions before obtaining the final visual or how he had to think about the use of light to obtain the most satisfactory result.

Romain took the opportunity to approach this project to slip some tips he learned from this experience:

Some people are blunderers and others are a little more worried about moving to a new country. First of all Romain wanted to reassure them:

“Canada is a country where the world’s largest studios (MPC, Framestore, Sony Pictures Imagesworks, DNEG, Rodeo FX…) are located, which offers a wide range of opportunities. If this can reassure you, first settle in a city where there are several studios, it will offer you more choice.

The studios also do not hesitate to help new recruits in their administrative or more personal steps, such as finding accommodation.

And finally, know that there are already many ESMA alumni on site and in Canada in general. It is easy to create a new network and help each other.”

Overall, Canada is a great place to live and offers many opportunities for activity. It is a country where you can fully develop yourself!

SOME FINAL RECOMMENDATIONS BY WAY OF CONCLUSION

In conclusion, Romain challenged them by asking them to ask themselves the question about the profile they would like to propose to the studios: generalist or specialist. Not all studios operate in the same way or look for the same profiles, so it is important to be able to position yourself from the start so that you can knock on the right doors. This was the case for him at Sony Pictures Imageworks, which opts for specialist profiles instead.

Last recommendation: do not neglect the practice of English, which remains essential in this environment, especially if the person wishes to travel to several countries in the world.

This conference allowed students to reassure themselves about their near future, whether it be in terms of studio expectations or the possibility of going abroad. In short, a conference and exchanges that are more than motivating for them!