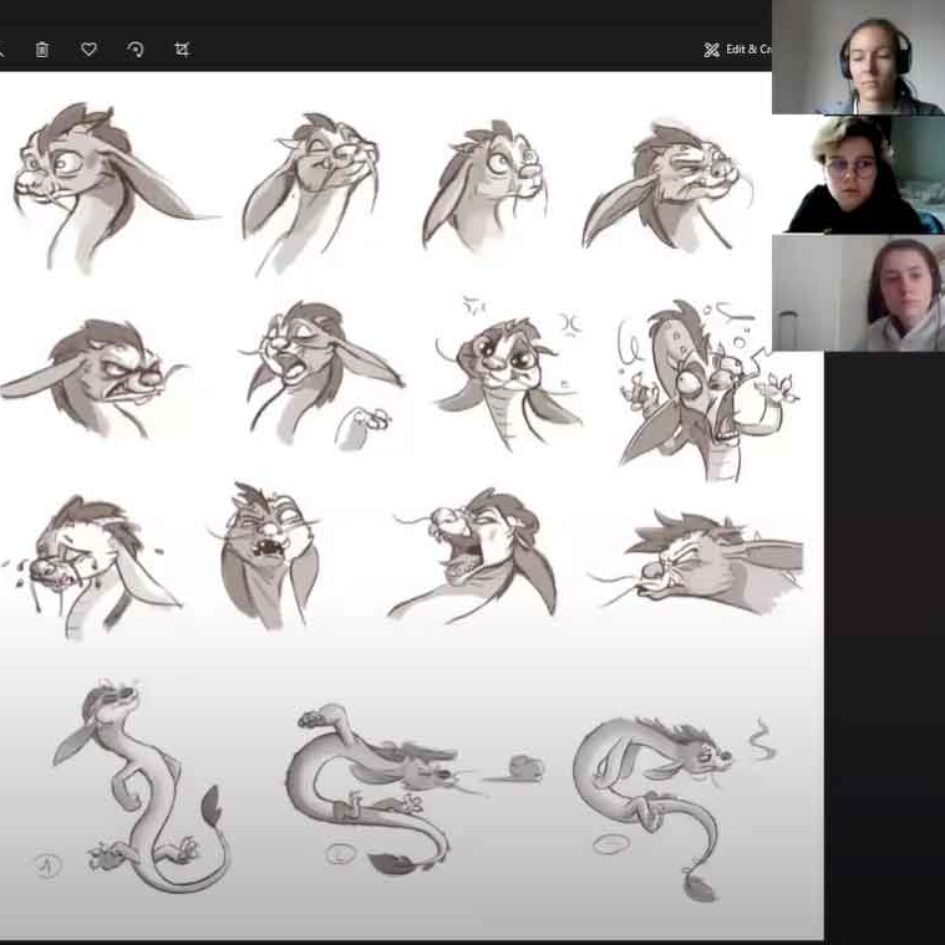 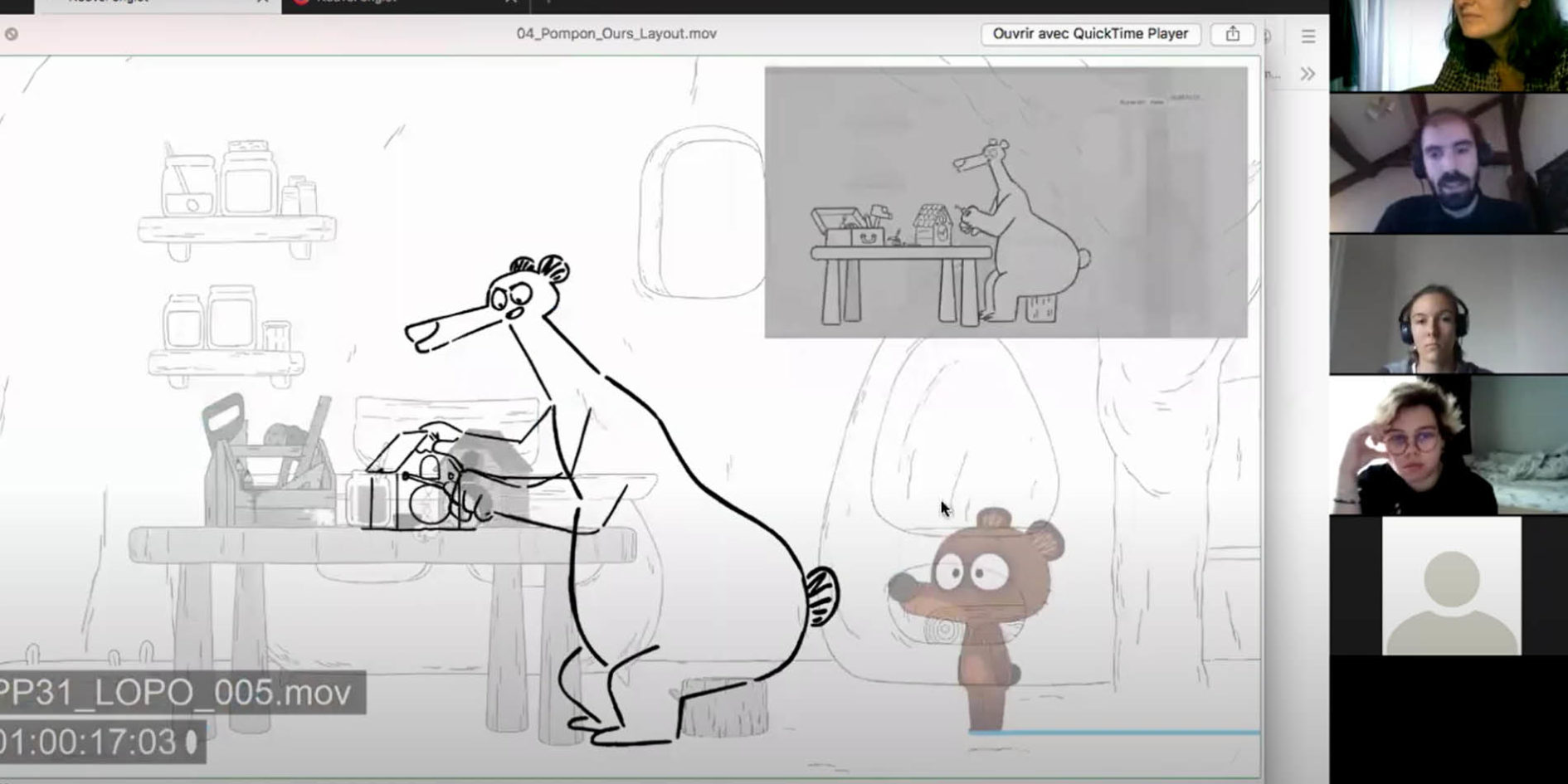 During an ordinary day, former students in CG Animation and FX Master Degree were able to exchange with the new generation, still in apprenticeship, about their professional experience as well as their vision of this universe during multiple digital conferences.

The students in Entertainment Preparatory class and in the first year of the CG Animation and FX Master Degree were able to meet former students of the school during an ordinary day.

There was something for every profile! CG animation, 2D, technological innovations… Five conferences were offered to students for a whole day, during a week on the Nantes campus, punctuated by numerous workshops and workshops. Always attached to the school that trained them, former students from the Nantes campus, graduates for 4 years or less, were invited to meet the first years during online conferences. A format that did not prevent students from asking all their questions and receiving advice on how to continue their studies. An opportunity for these future professionals to gain a better understanding of their arrival in the workplace and to continue to forge links between all ESMA’s graduating classes.

The morning was devoted to CG animation with Florian Petiteau, CG generalist at Brunch Studio and co-director of the film Comme un Ours, who was delighted with the enthusiasm of the students present: “The students were very interested, they asked a lot of pertinent questions. I could feel their motivation to want to succeed and produce quality films and with this energy nothing can stop them! ». Elise Carret, Main Character Animator at Illumination MacGuff, as well as Camille Lacroix, also a CG animator but at La Station Animation studio, looked back together on their career path and the success of their final film, Achoo. 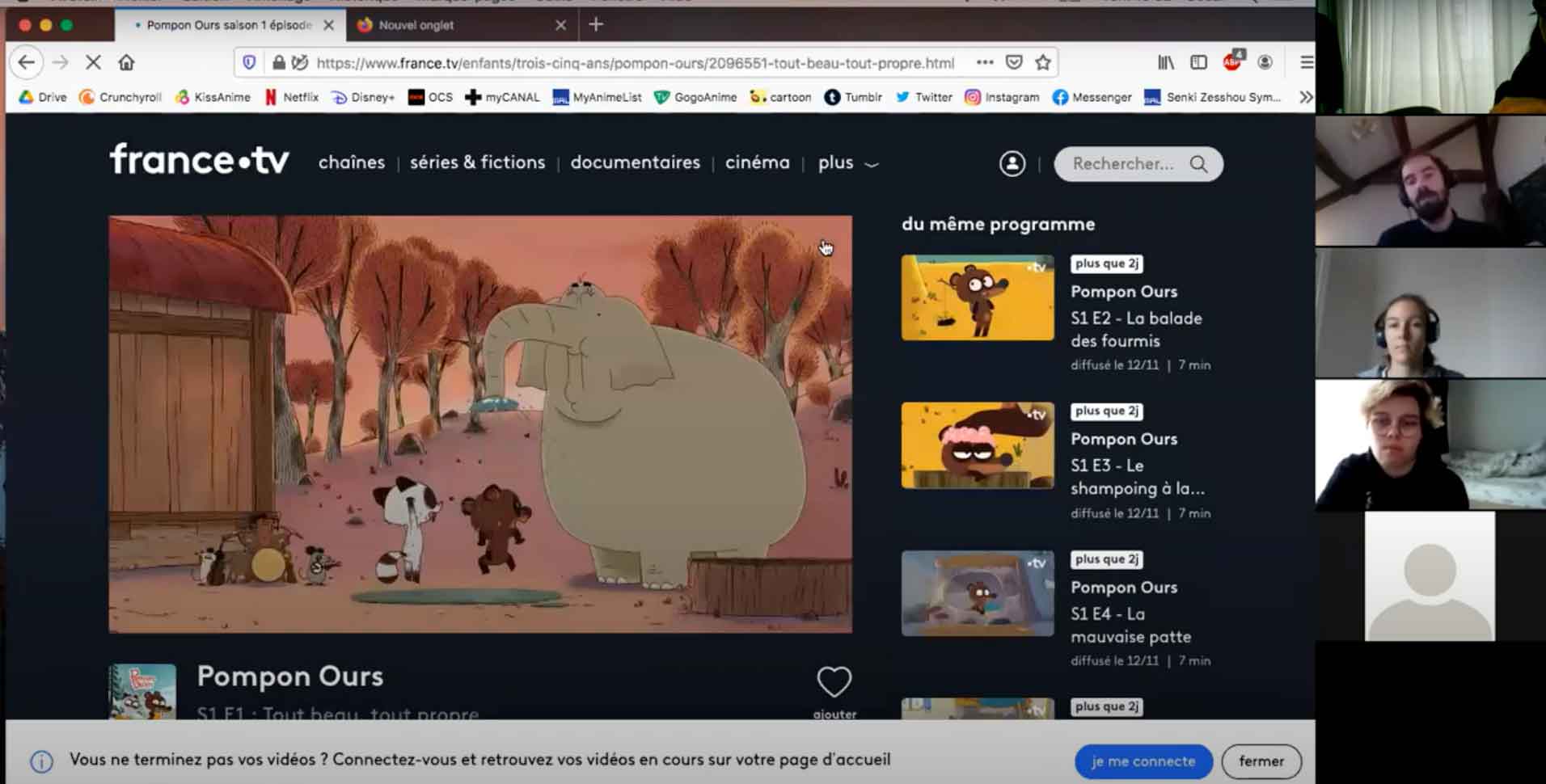 In the afternoon, two former students also presented their backgrounds: Alan Guimont, FX TD at DNEG studio and François Briantais, CG animator at Illumination MacGuff, two of the directors of the film Œil pour Œil. For Alan, exchanging with the current students is very important in order to show them “that we are like them, we too have had failures and we too have been able to ask ourselves questions. We have to show them that what we do today, the students will also be able to do it tomorrow“.

Students interested in 2D were able to discuss with Oscar Langevin, storyboard artist at the Supamonks studio for 2 years and co-director of the film Familiers. The last conference focused on technological innovations in the world of CG animation, with Yann Orhon, a freelance special effects artist, who was “very happy to see their interest in code and Python“.

APPOINTMENT BEFORE THE HOLIDAYS FOR NEW CONFERENCES

Future meetings are planned for February. Students will once again be able to fill up on good advice in order to continue their year, reassured and motivated by the support of the alumni.

Image credit: ©SUPAMONKS 2020 adapted from the work of Benjamin Chaud published by helium