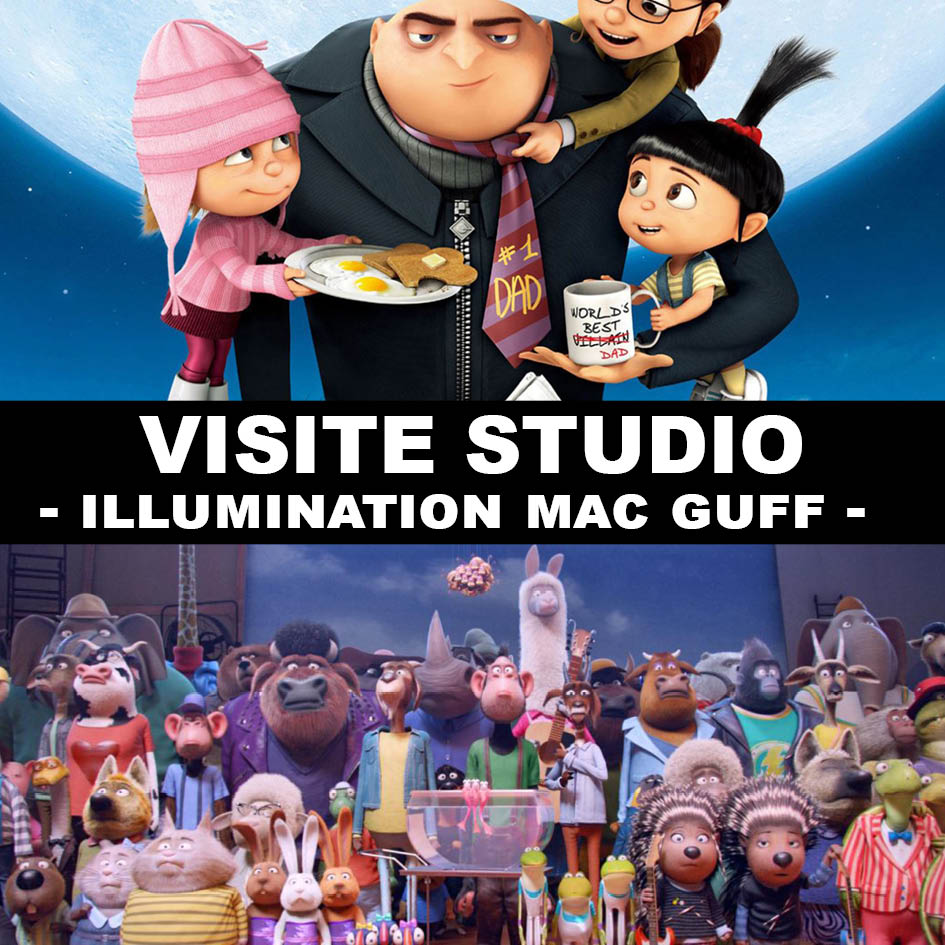 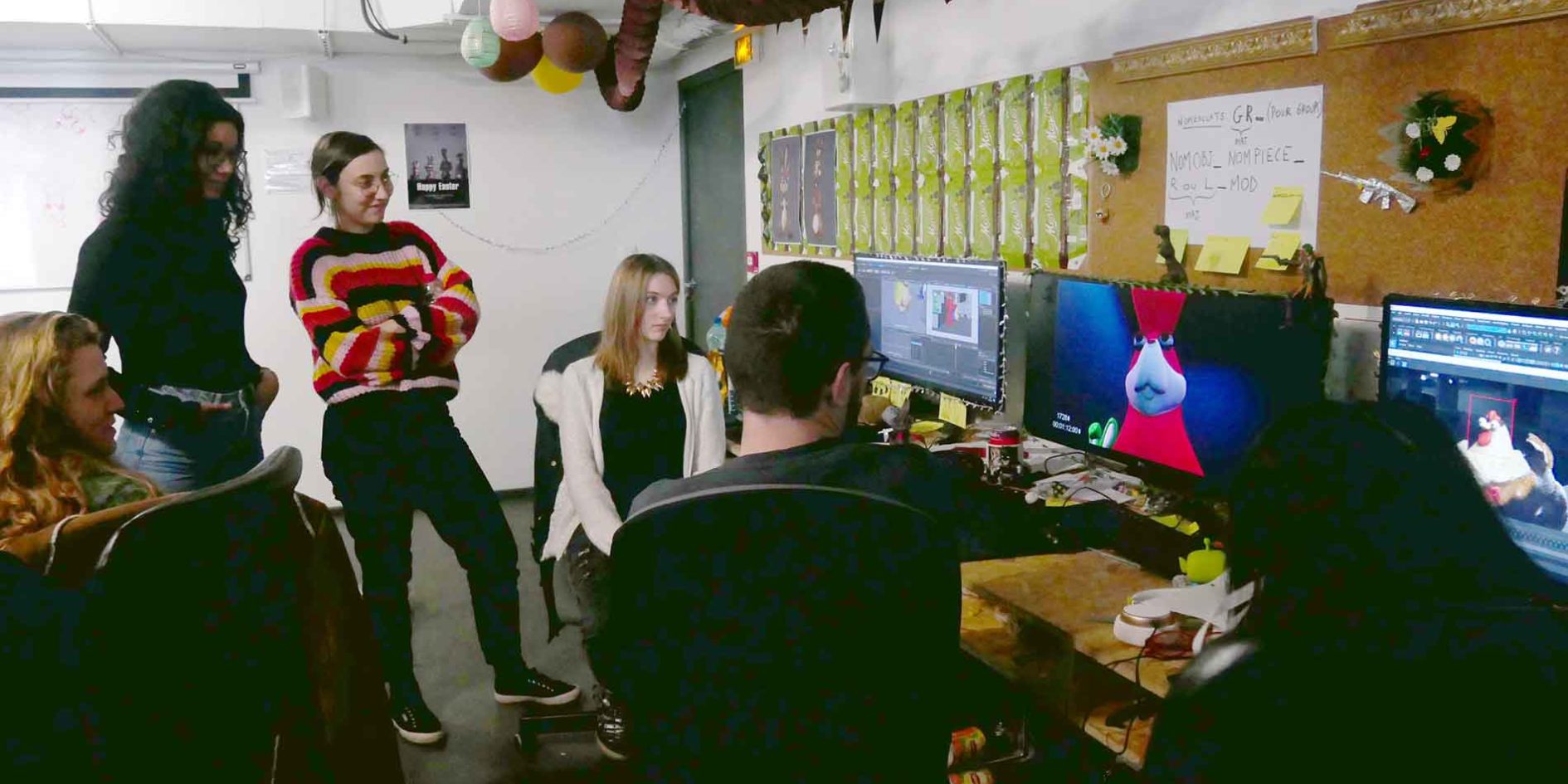 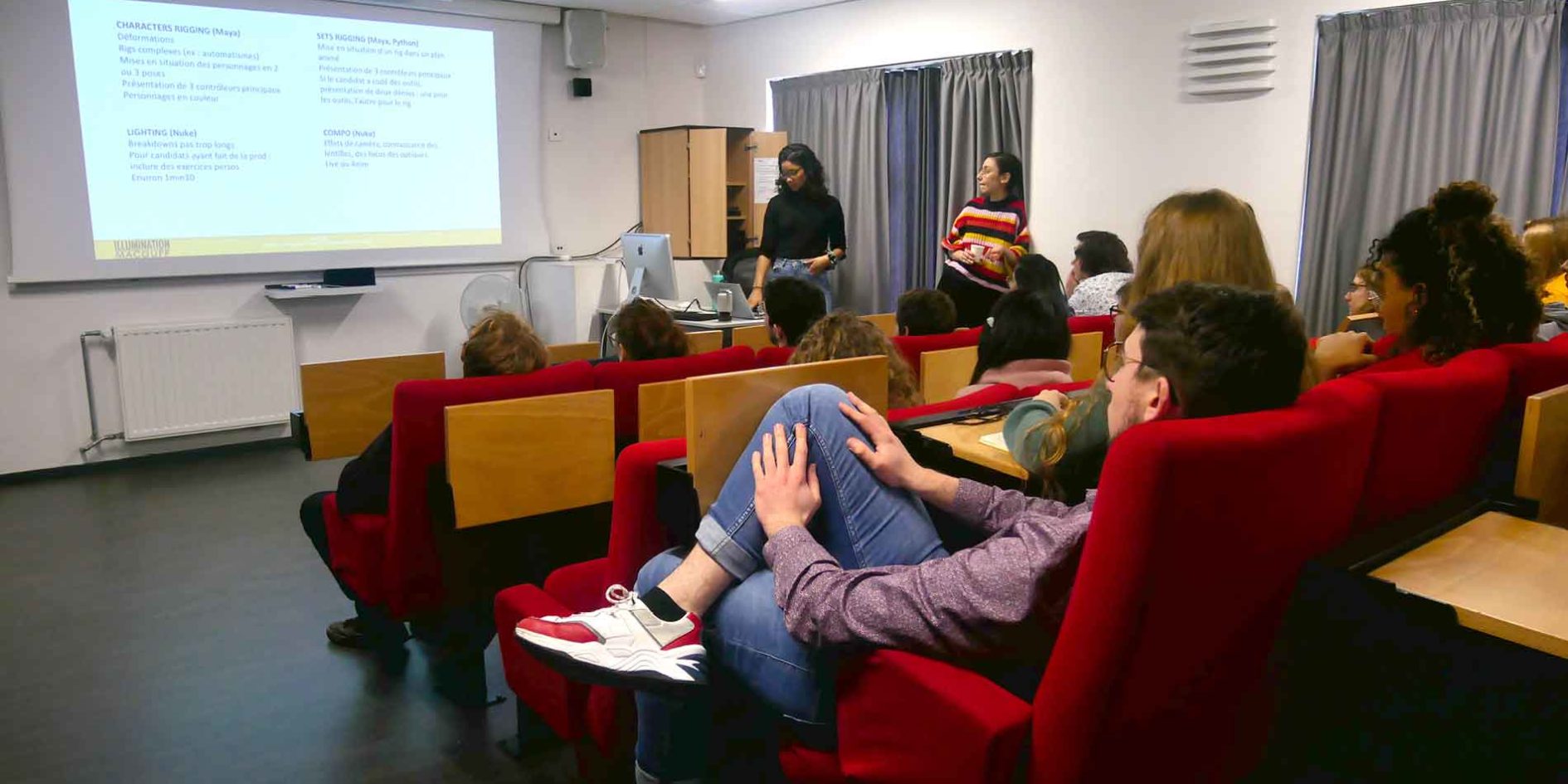 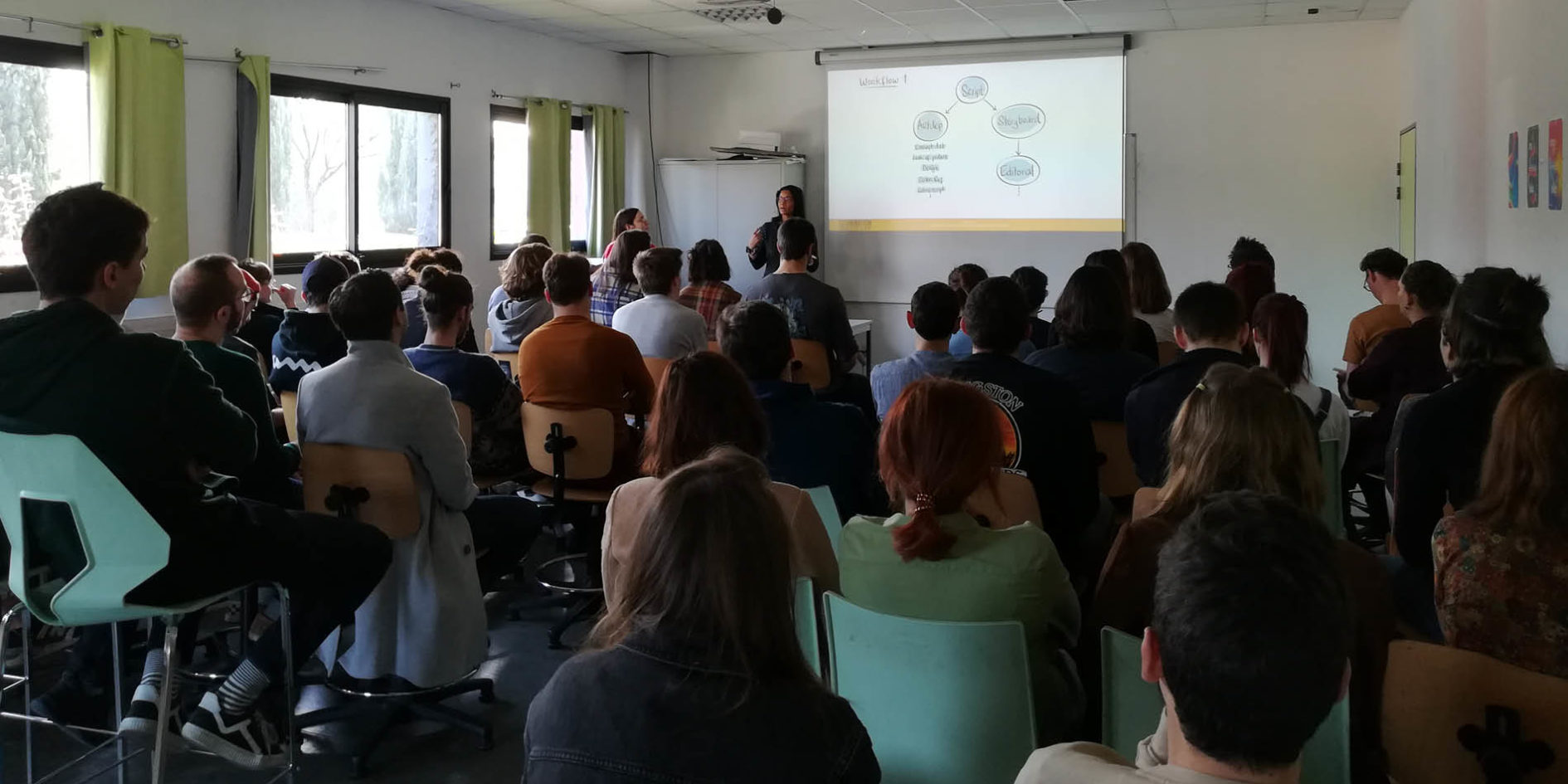 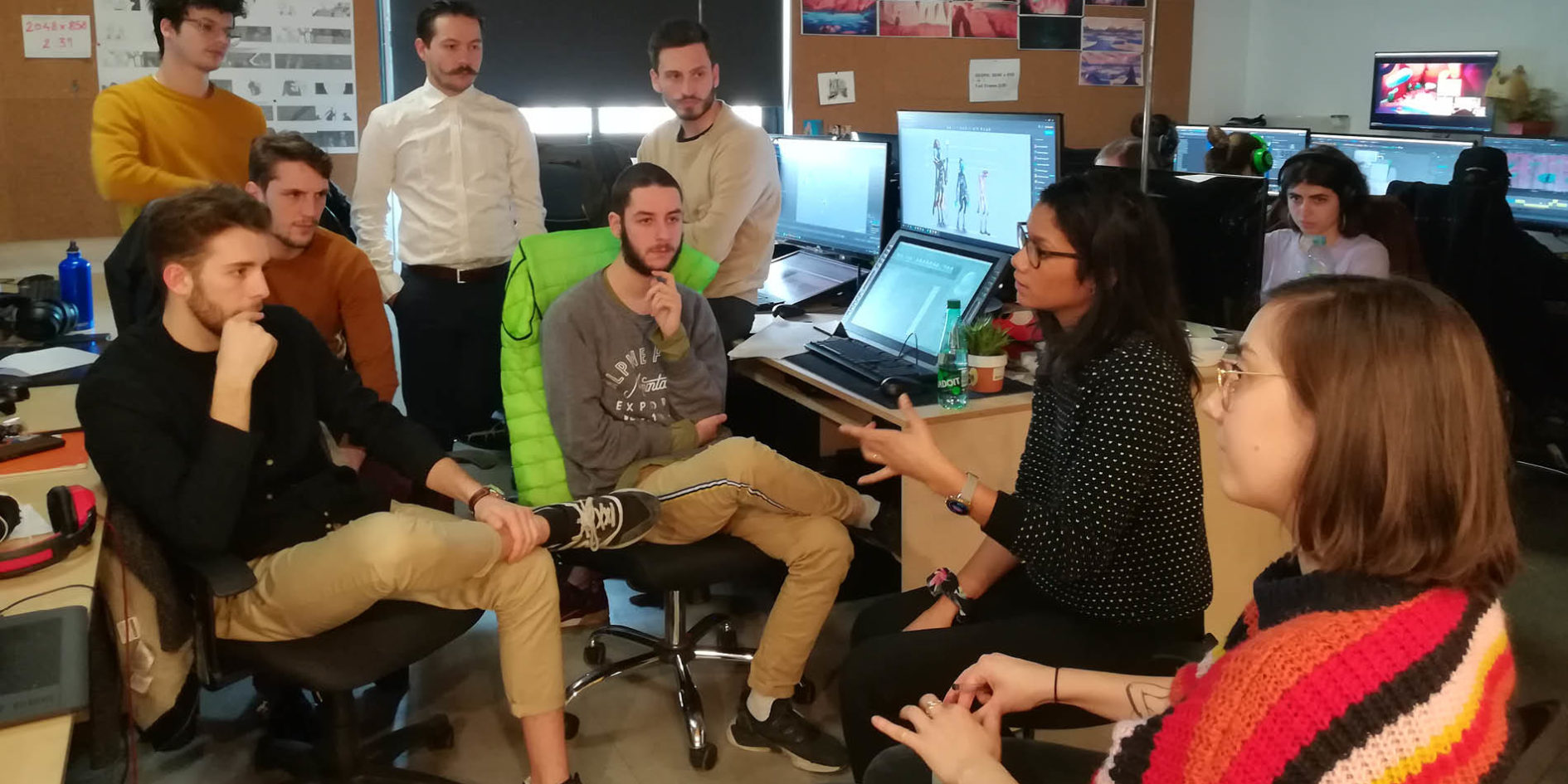 Amélie Paraïso and Mathilde Chambras, in charge of recruitment at the Illumination MacGuff studio, came again this year to meet the students of the CG Animation & FX Master Degree. Part of the visits could be done in schools but due to the unusual situation we have been experiencing for several weeks, online conferences have been organized to overcome the confinement.

In the face of the coronavirus crisis, the initial programme of visits by the MacGuff Illumination Studio to ESMA schools was disrupted. However, despite the events and their vagaries, visits could be organised on the Montpellier and Nantes campuses at the beginning of the year before confinement was pronounced. Thus the studio’s representatives, Amélie Paraïso and Mathilde Chambras – both in charge of recruiting the studio’s talents – were able to meet the fourth year students of CG Animation & FX Master Degree. During a conference, they were able to present the MacGuff Illumination studio as well as the projects that are carried out there. Afterwards, they met with the multiple groups of students to discuss their final films.

As we said, the programme of visits to other campuses was disrupted by current events. But modern tools offer some relief. For example, the MacGuff Illumination Studio organized a first online conference on May 15 open to ESMA students. Following the model of the campus visit, Amélie Paraïso, accompanied by several members of the studio, once again presented the studio during a conference. A time of exchange was also planned here to discuss the films of fourth year students. 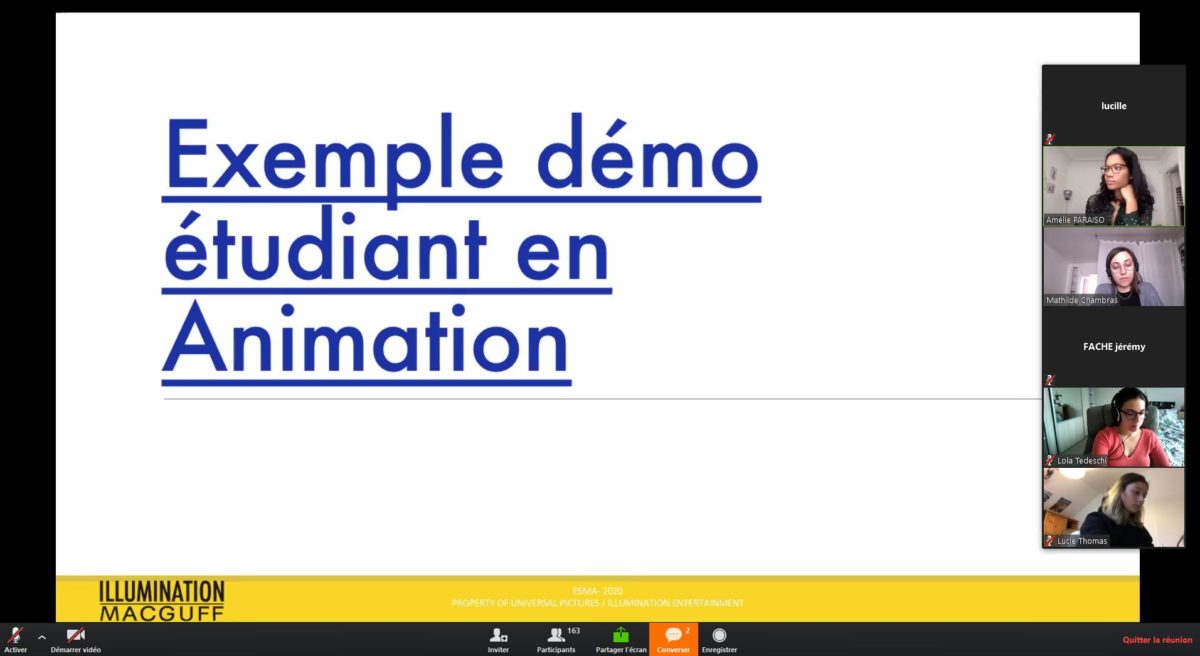 Finally, the studio wished to take advantage of this complex period to help students through the organization of new online conferences around a specific position and in the form of questions/answers for final year students. Thus, several department supervisors led conferences: Set Rigging, Set Surfacing, Char Surfacing and Char Rigging. So, for our students, who will be professionals in a few months, to learn more about these jobs as well as the studio itself. The opportunity for them also to benefit from precious advice for the constitution of their demoreel, their portfolio which will also serve as their cv.

Based in Paris, Illumination MacGuff is in charge of making the films produced by the American subsidiary. The Franco-American adventure began in 2007 with the making of the first Moi, Moche et Méchant. For 13 years now, the studio has been enjoying a string of successes!

The style and quality of its productions are recognizable and have established themselves among film productions.

Successive successes in the airing of their films have quickly placed Illumination MacGuff as a key player in the animated feature film industry, placing it on the same level as giants such as Pixar/Disney, Dreamworks Animation and Blue Sky/Fox.

Below is an interview with Amélie Paraiso that we filmed at ESMA Montpellier during their previous visit in 2019:

(Reread the article about the MacGuff Illumination tour in 2019.)